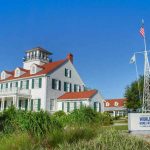 The WW II Home Front Museum on St. Simons Island Georgia pays tribute to the events of the War at home and the role Coastal Georgia played during the war. There are a lot of Museums dedicated to WW2, the military personnel and the battles. People often forget that the war affected everyone including those on the home front who contributed to the war effort and sacrificed … END_OF_DOCUMENT_TOKEN_TO_BE_REPLACED 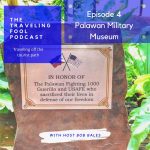 Listen on Stitcher Listen on Spotify Listen on Apple Podcasts 3 March 2020: The Traveling Fool Episode 4/ Palawan Military Museum The island of Palawan in the Philippines is the site of the Palawan Military Museum, officially known as the Palawan Special Battalion WW2 Memorial Museum. In 1944 an incident occurred at the POW camp which would lead to a dramatic rescue that … END_OF_DOCUMENT_TOKEN_TO_BE_REPLACED