One of the places we had the opportunity to visit was the National Automobile Museum in Reno Nevada.

Opened in 1989, the museum got it’s beginning after the death of Bill Harrah in 1978. Harrah was one of Nevada’s gaming pioneers and founder of Harrah’s Hotels and Casinos. During his lifetime Harrah accumulated one of the worlds largest and most historically important collection of automobiles, at one point numbering over 1,400. I know you’re jealous Jay Leno.

After Harrah’s death the company was purchased by Holiday Inn and the new company decided to sell the collection. After a public uproar by the State and car lovers across the nation, Holiday Inn decided to donate 175 automobiles and a research library to the future museum. The rest of the cars were sold in auctions and private sales.

Donors and grants made the museum a reality and today the museum has over 200 automobiles on display. There are vehicles that played a part in history, automobiles that belonged to Hollywood stars, cars that set speed records and some that are the only known vehicle of their kind left in existence.

A walk through the museum is like taking a walk through time. You don’t have to be a gear head to appreciate the beauty, craftsmanship and dedication that is has taken to save and display these vehicles for future generations.

Starting from the first exhibit until you end the tour it is like being a kid in a candy store. With each turn you see something new, or in this case old, and read the history of the cars on display.

One of the really cool things is when you see three generations taking the tour with dads and granddads telling a young boy about a car they read about or saw when they were kids.

While a lot of the visitors were guys, there were young girls there also, admiring the collection and looking on in awe. I found it interesting that there was almost a revered hush among everyone as if they were in church. Maybe that was because there were so many historic and one of a kind cars that everyone was just dumbfounded.

Take the 24 carat gold plated DeLorean, the car featured in the movie Titanic, the 1907 Thomas Flyer that won the New York to Paris race in 1908 or the trophy awarded that is said to be the largest sporting trophy ever awarded, weighing 1,600 pounds and made of Italian marble, pink French marble, German bronze and American silver representing the four countries that entered the race.

There is truly something for everyone whether it be a historic fire truck to a 1970’s era muscle car. I guarantee that a visit to the National Automobile Museum will bring back memories and probably invoke just a little bit of jealousy. Make sure you allocate at least two hours to enjoy the museum. You could spend a half a day there and not regret it.

Looking for Hotels in Reno?

Check out these on Hotels.com 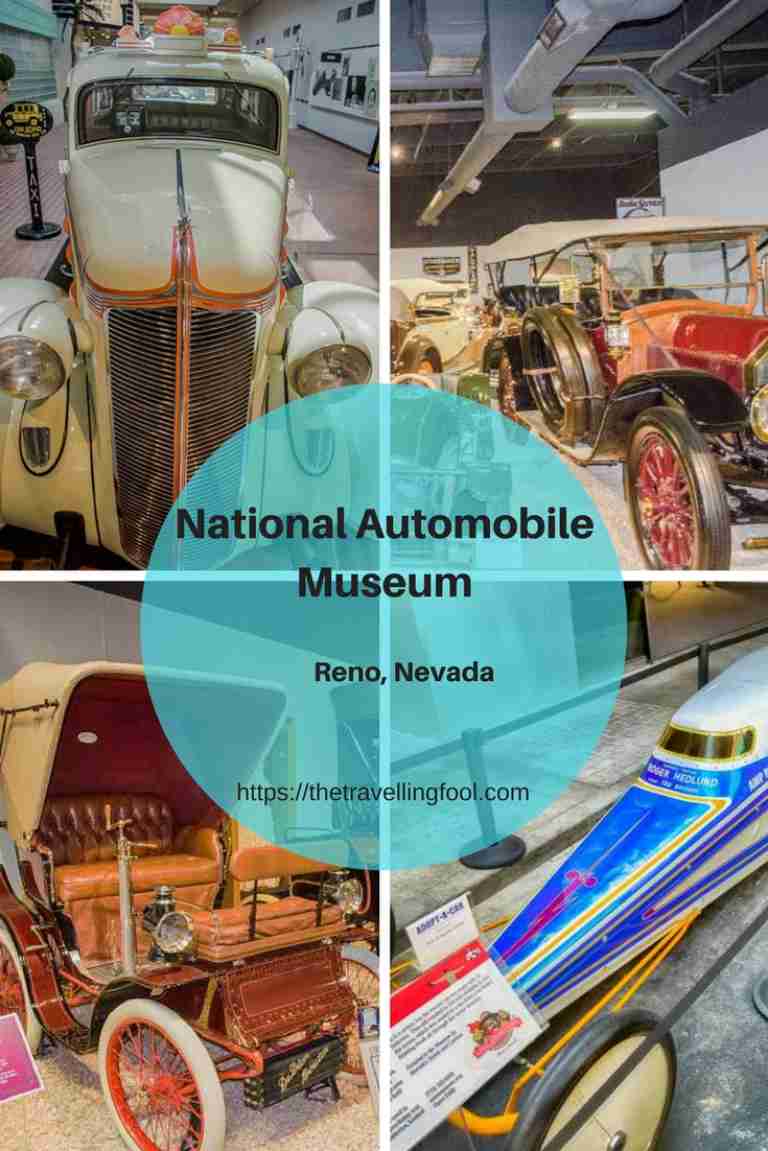