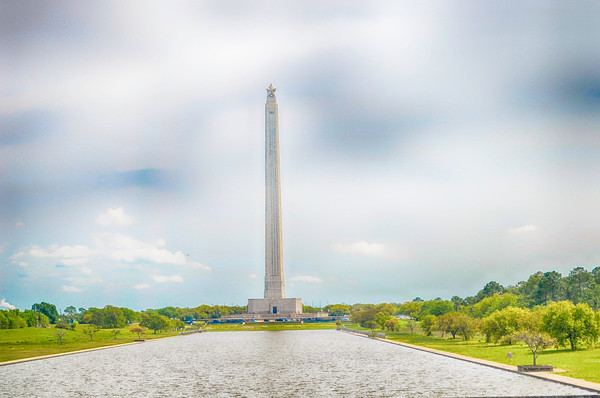 Texas has over 50 State Parks with many being situated on historical sites.  The San Jacinto Battleground State Historic Site is probably one of the more educational and certainly one of the most important in State history. 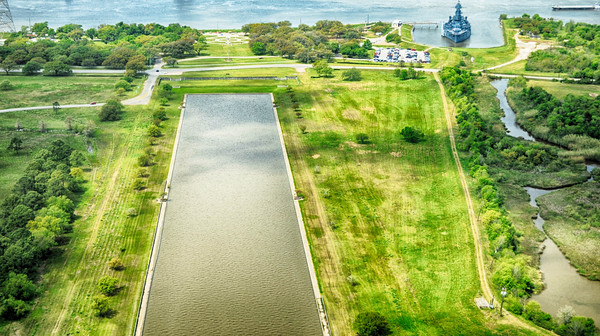 The park is located on 1,200 acres and is the site of the final Battle of Texas Independence. On April 21, 1836, some 800 volunteers under the command of Sam Houston attacked the 1,500 man army of Mexican President Santa Anna and in 20 minutes won Texas independence. 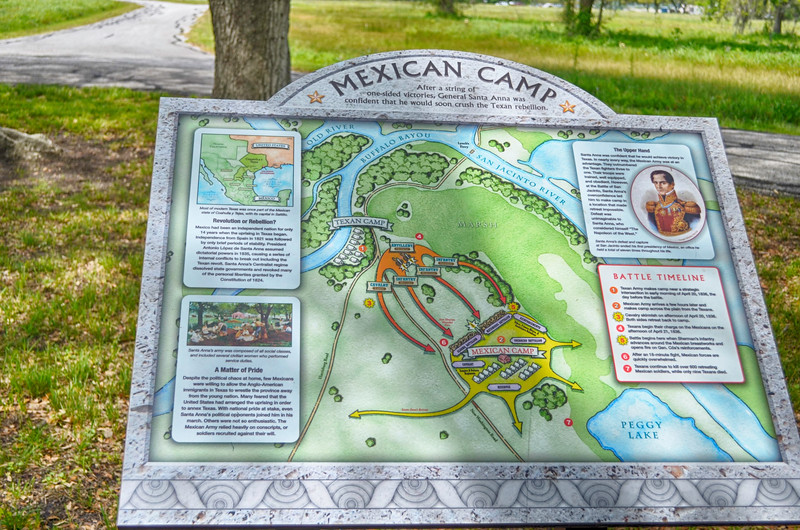 The San Jacinto Battleground State Historic Site is unlike most Texas parks since it commemorates two historic sites and also has a 3 ½ mile nature trail. 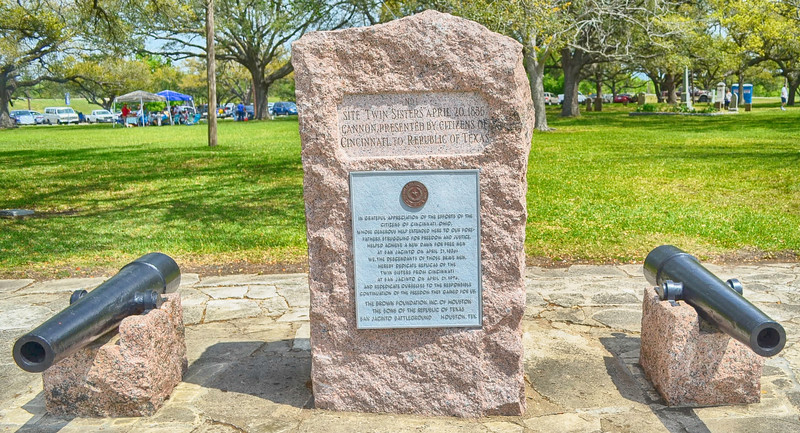 The San Jacinto Monument rises 570 feet above the battleground and sits adjacent to the site where the Mexican Army encampment was located. The monument was built to commemorate the centennial of the battle and is the largest masonry structure in the world.
Inside the monument on the first floor is a free exhibit with artifacts belonging to many of the men who fought at the battle and other Texas historical figures. There is also a paid exhibit you can access detailing the war between the US and Mexico. 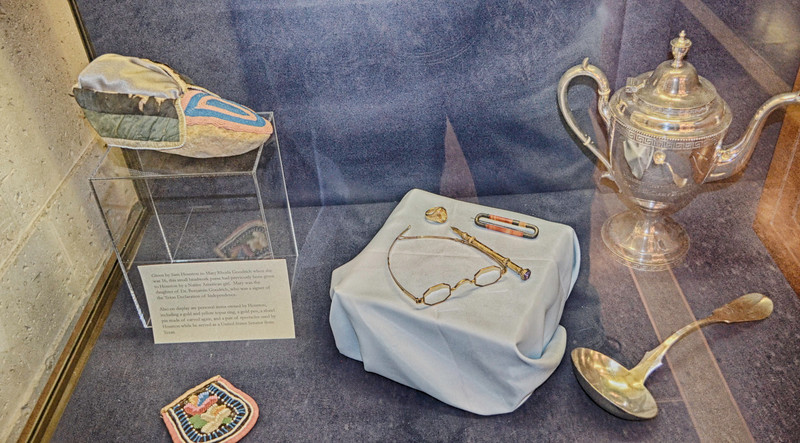 You can pay $4.00 to take the elevator to the observation deck which honestly is not really worth the money. The observation deck is a very small enclosed space that has six or seven windows to look out over the area. Unless you just want to get an aerial view of the battleground, park and surrounding area you might want to skip the elevator. 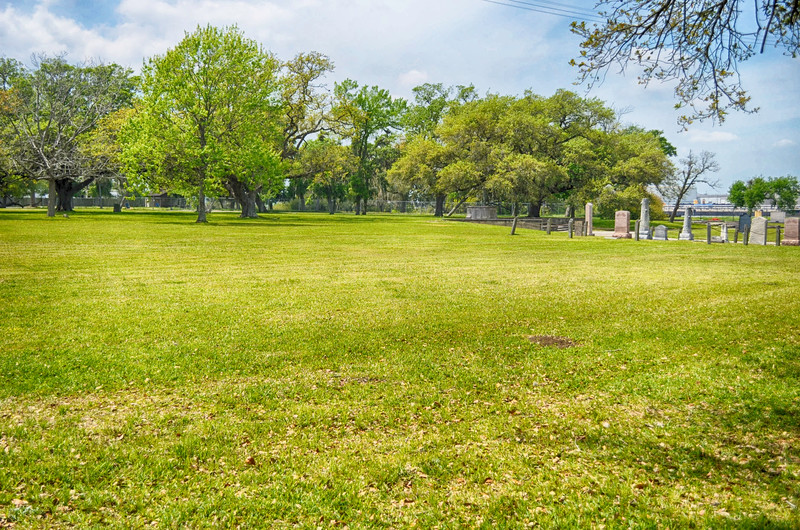 There is a documentary movie and also a gift shop located on the first floor of the monument. 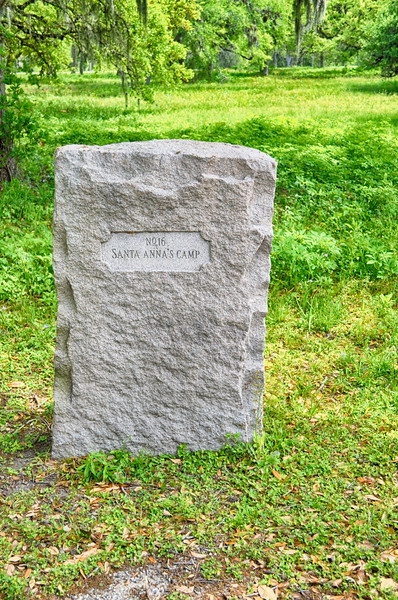 The marsh trail nature walk takes you along the tidal marsh where you can observe alligators and migratory birds. 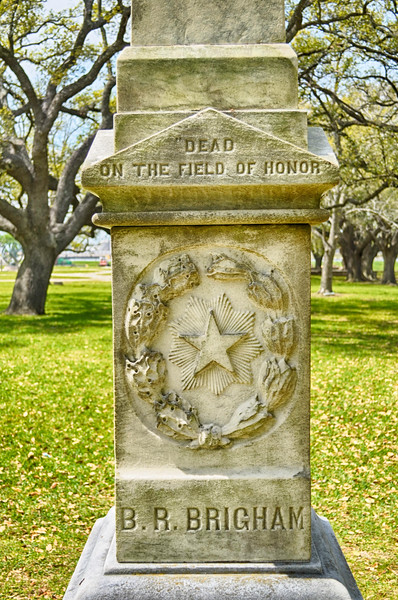 Park road 1836 winds around the park and you will find various markers showing where the encampments were located, the battery placements and various locations of skirmishes leading up to the final battle. 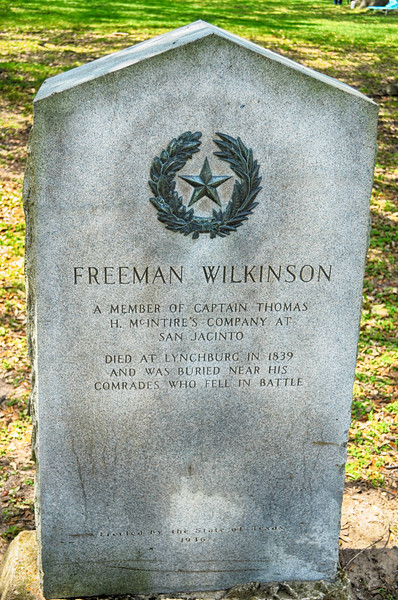 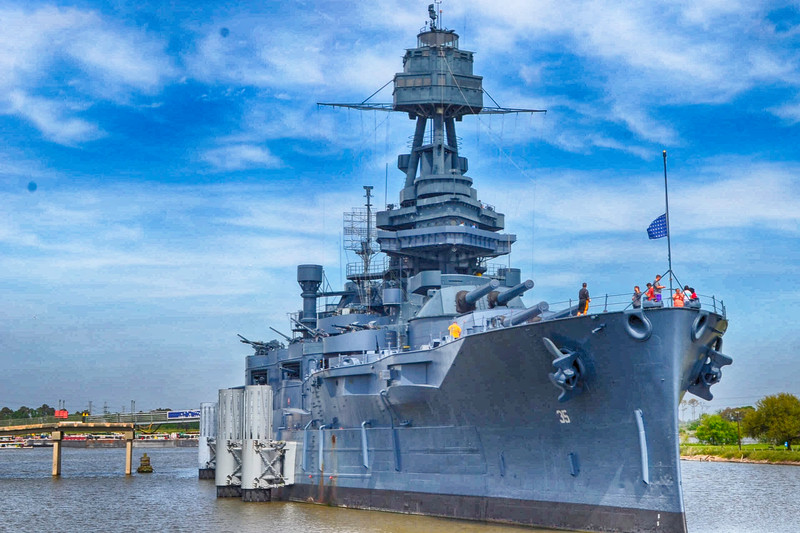 The Battleship Texas is the only surviving ship to have seen action in both World Wars. While small compared to today’s mighty warships, when it was commissioned in 1914 the Texas was the the most powerful weapon in the world. 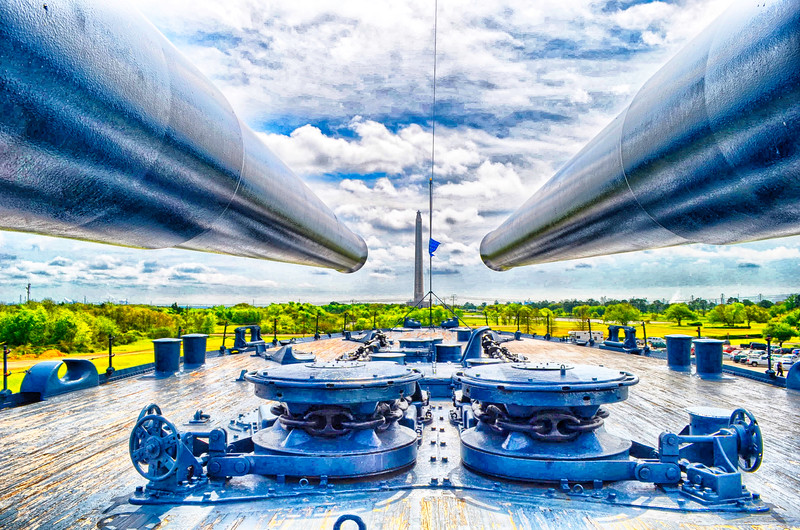 During WWI the Texas participated with the American Squadron, patrolling the North Sea against German warship threats and after the war sailed with the “Grand Fleet” escorting the German fleet to Scotland for surrender. 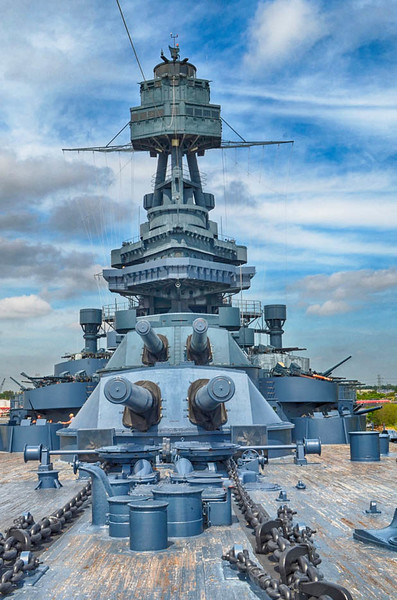 After the war the Texas underwent major modifications and saw action in the Pacific during WWII. 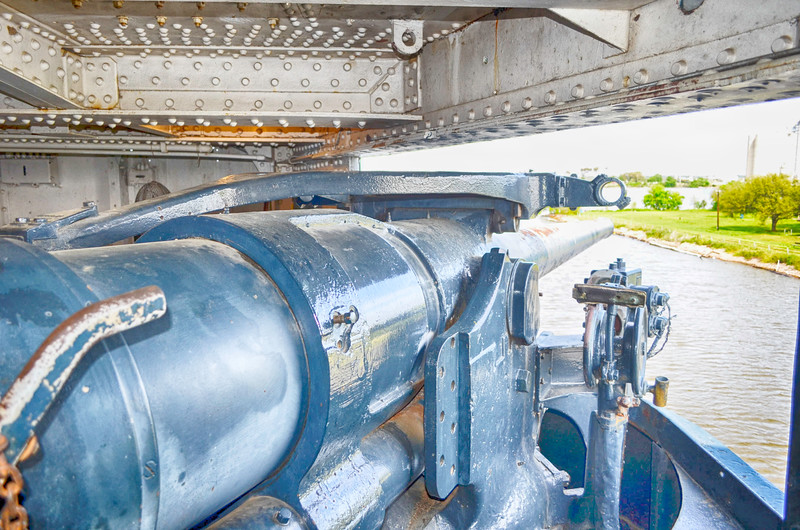 In 1945 the Texas had a crew of 1,464 Sailors, 80 Marines and 101 Officers. As far as weapons the Texas had a wide arsenal. The main battery consisted of ten 14 inch/45 caliber guns in 5 turrets with a range of 13 miles that could fire 1,500 lb armor piercing shells. In addition the ship had six 5 inch/51 caliber guns as a secondary battery and the anti aircraft weapons consisted of ten 3 inch/50 caliber guns, ten 40 mm four-gun quad mounts and forty-four 20 mm guns. 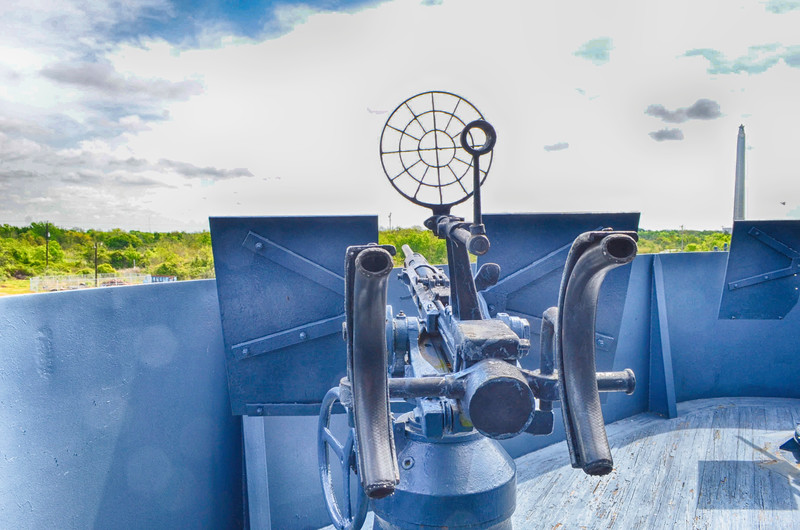 The Texas supported the landings at Iwo Jima firing over 900 rounds from her main battery. In April 1945 the Texas took part in the invasion of Okinawa. 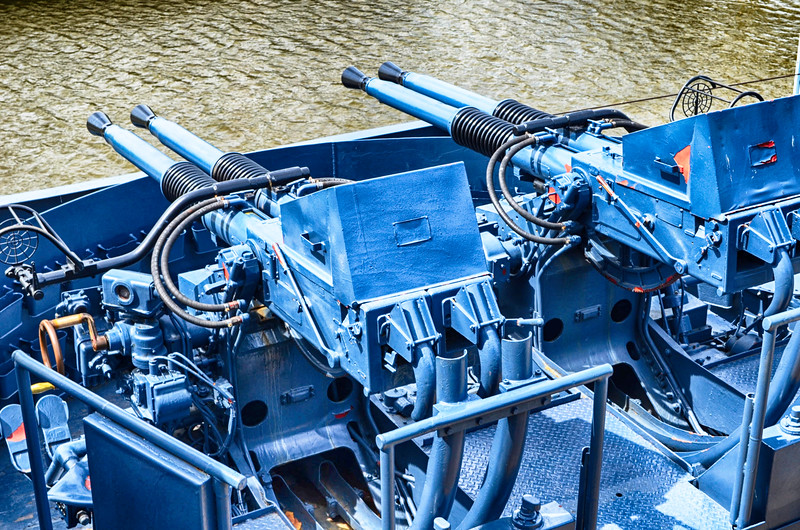 For six weeks the Texas fired 2,019 rounds of 14 inch ammunition at the enemy and at the end of the battle remained untouched by enemy guns and kamikaze attacks. 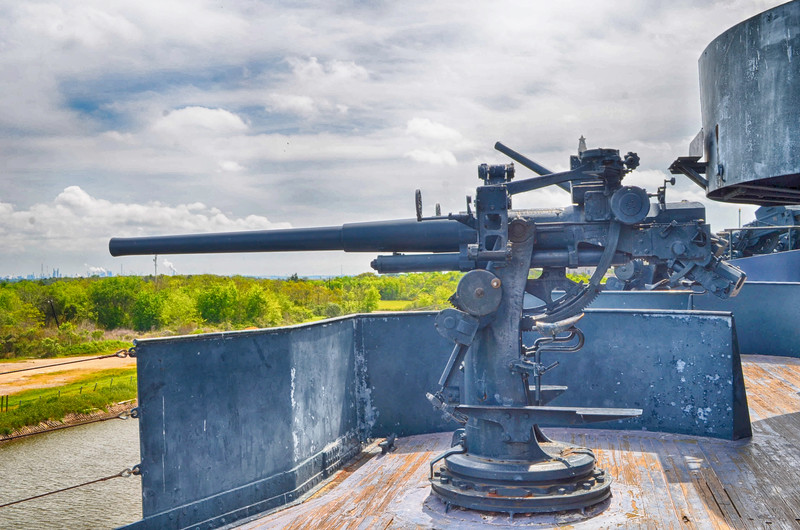 At the end of the war the Texas carried Japanese POW’s from the Philippines to Hawaii and made three “magic carpet” trips bringing nearly 5,000 troops home from the Pacific. 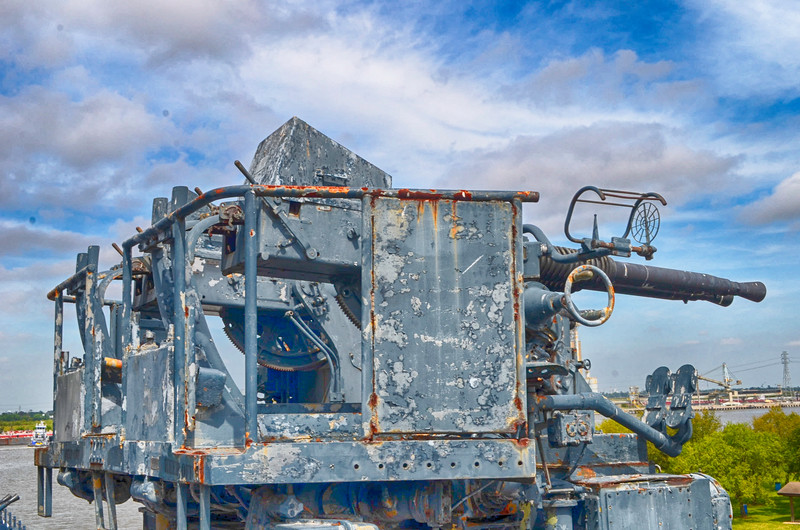 The ship was retired in 1946 and in 1948 was slated to be used as a bombing target. The citizens of Texas launched a statewide campaign to raise funds and saved her from the scrap heap. 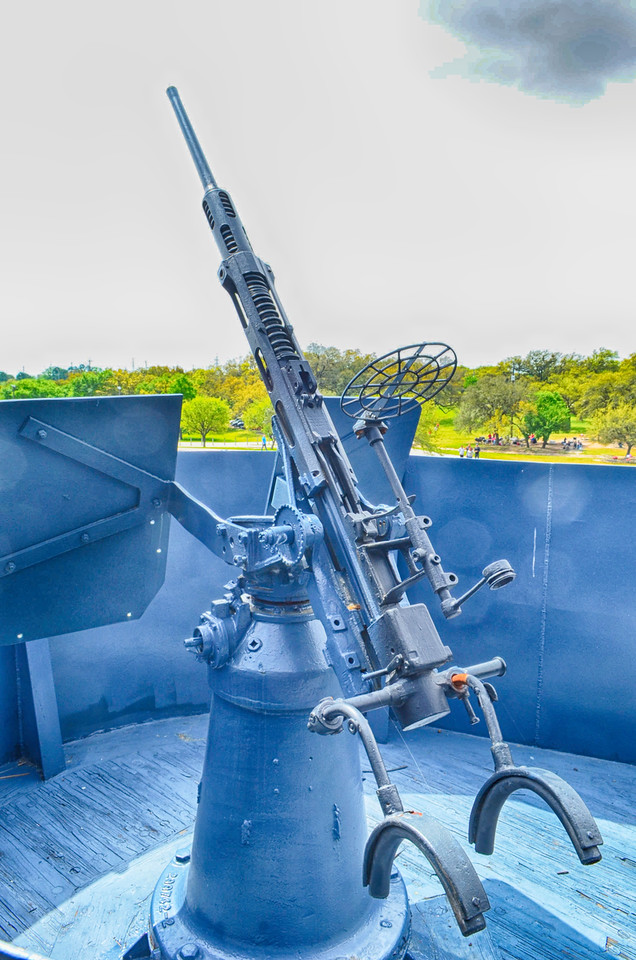 The San Jacinto Monument and Battleground is located at 3523 Independence Parkway South
La Porte, TX 77571 and is open daily from 9 am to 6 pm except for Thanksgiving, Christmas Eve and Christmas Day, admission is free. The observation floor is open from 9 am to 5:30 pm. The elevator to the observation tower is $4.00 and there is a fee for the special exhibits.

The Battleship Texas is located inside the park and the admission fees are: 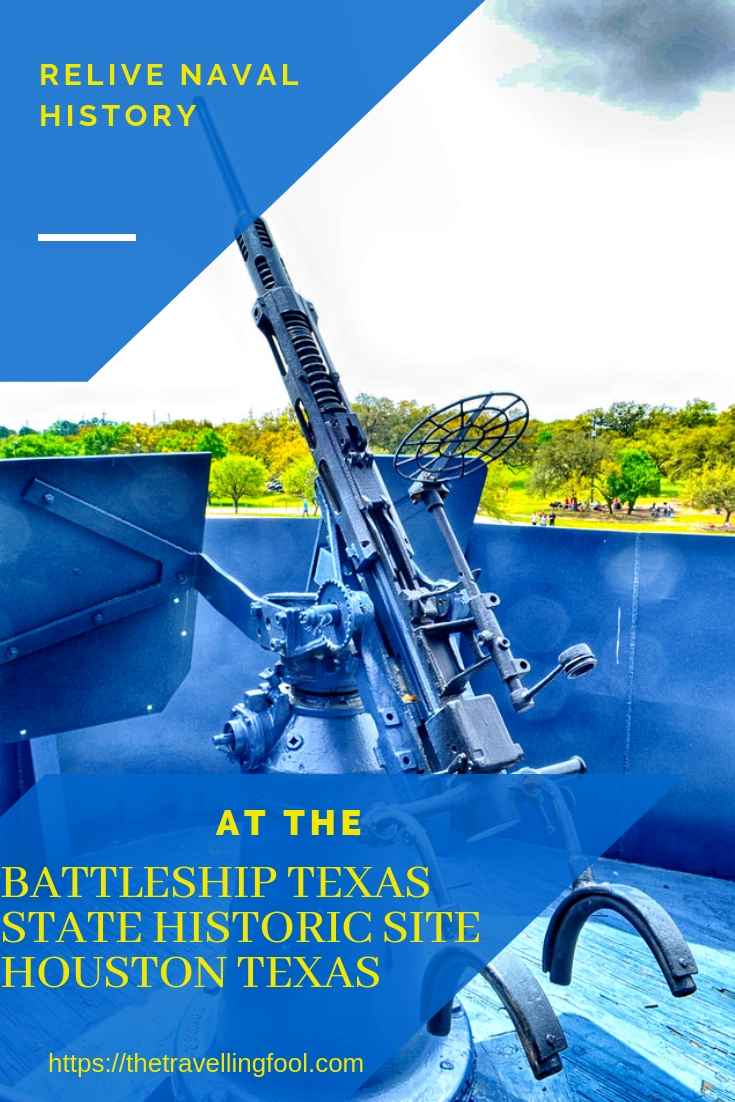