Small towns are famous for their town squares but one town has claimed the distinction of having the most beautiful town square in Texas.

The town of Georgetown is located a short drive from Austin Texas but it is worlds away. With buildings dating back to the 1800’s, the town has made a concerted effort to keep the look and feel of a small town while continuing to attract new businesses. 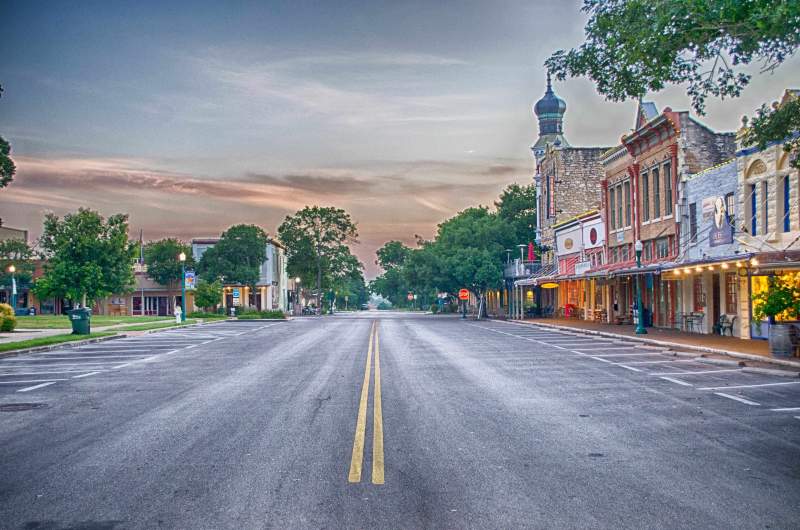 The town square comes alive each morning as locals, college students and visitors start their day. One of the first stops for everyone seems to be the Cianfrani Coffee Company where you can see people chatting or working on their computers utilizing the free WI-Fi. With various coffees and pastries, it is a popular place. 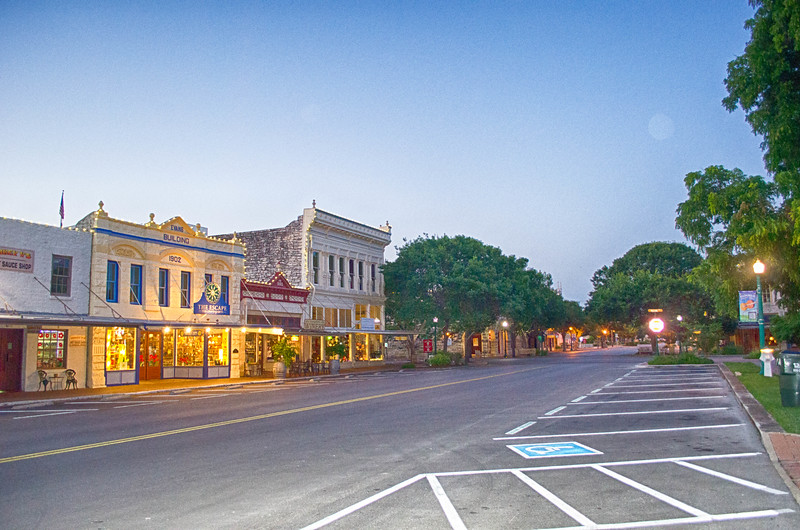 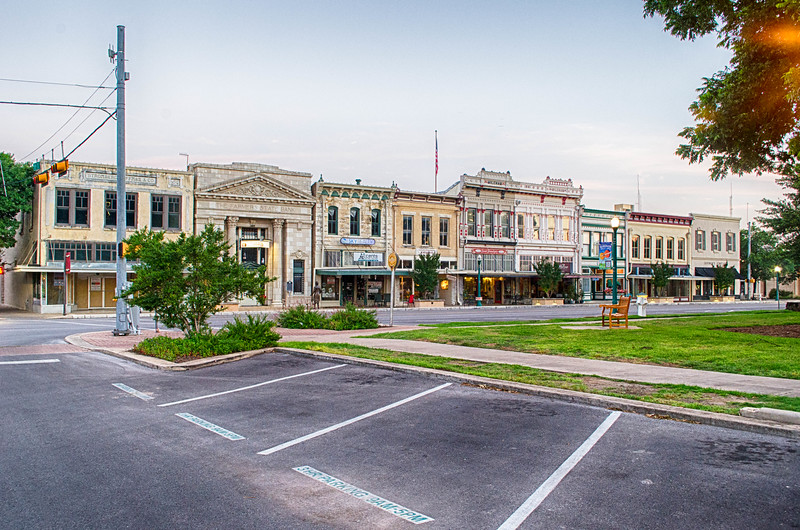 With so many downtown areas being neglected and abandoned Georgetown has made a concerted effort to revitalize and transform the town square into a destination.From the old historic neighborhoods and quaint B&B’s, cafes and restaurants to the new areas of town being built to attract businesses and residents this town has managed to keep its small town charm.

Located just off the square The Palace Theater, originally built in 1926, has been fully restored and is now used for live plays. When the theater first opened silent movies were shown and later regular movies. With the advent of multi-screen movie theaters, the small one screen movie house became unpopular and unprofitable. The Palace fell into disarray until a group of people decided to buy and restore the theater to its former glory. In 2000 the restoration was complete and today the theater offers live plays.

Manned by volunteers the theater also offers workshops, classes and puts on smaller productions in a building across the street from the main theater.

The Georgetown Art Center is housed in the old firehouse and the San Gabriel river flows through town and located just a few short blocks from downtown where the river is a favorite place for picnics and swimming in the wide natural pool.

The “Blue Hole” is a popular place on a hot day. Cars are parked on both sides of the road leading to the park and the small public parking lot is usually pretty full. It is easy to see why when you walk down the road and it ends next to the river. There are a lot of places to throw out a blanket or set up some chairs.

Live music concerts are held on the town square every Friday night where locals and tourists alike bring out folding chairs, coolers and blankets to sit on the lawn of the County Courthouse to listen and maybe even do a little dancing while the kids run around and play.

On the second Saturday of every month the Square is turned into an open air market. The 2nd Saturday Market Day brings out vendors both locals and from far away to sell everything from crafts, homemade goods and services. Several food vendors set up to feed the sellers and visitors alike.

The Williamson County Museum is located on the square where various rotating displays of Williamson County history are displayed and a tour of the historic courthouse can be arranged. The Museum is located in an old bank building and the flooring, molding and skylights are original. The Museum is also different from most where they have a lot of interactive displays where the kids, and adults too for that matter, can touch and examine things.

The current Williamson County Courthouse was built in 1909 and has since undergone restoration. Complete with terrazzo floors, curved stairways and stately rotundas, the courtroom is a glimpse into the past.

The courthouse has the distinction of being the location of the first successful prosecution of the 1920’s Ku Klux Klan. In 1923 ten Klansmen flogged and tarred a white traveling salesman for his refusal to leave Georgetown. One man, District Attorney Dan Moody, brought charges against the Klan and obtained several convictions which basically destroyed the Klan in the area and they never recovered.

Today there is a Texas Historical Marker on the courthouse lawn marking this event. Walking around the beautiful town square and the rest of Georgetown you will notice numerous historical markers commemorating events and telling you the history of the buildings.

Southwestern University, established in 1840 is located on what else but University Boulevard. The private four year Liberal Arts University has several historic buildings including the Cullen building which is listed in the National Register of Historic Places. Some of the more famous alumni include the American folklorist and writer J. Frank Dobie, comedian Bill Engvall and John Tower, former U.S. Senator from Texas along with several other noteworthy persons.

Inner Space Caverns is located in Georgetown and was discovered in 1963 when a team from the Texas Highway Department was drilling core samples for a new overpass. Since then several miles of the cave have been surveyed. The caverns were opened to visitors in 1966 and since then hundreds of thousands of visitors have explored and been amazed at the caverns. 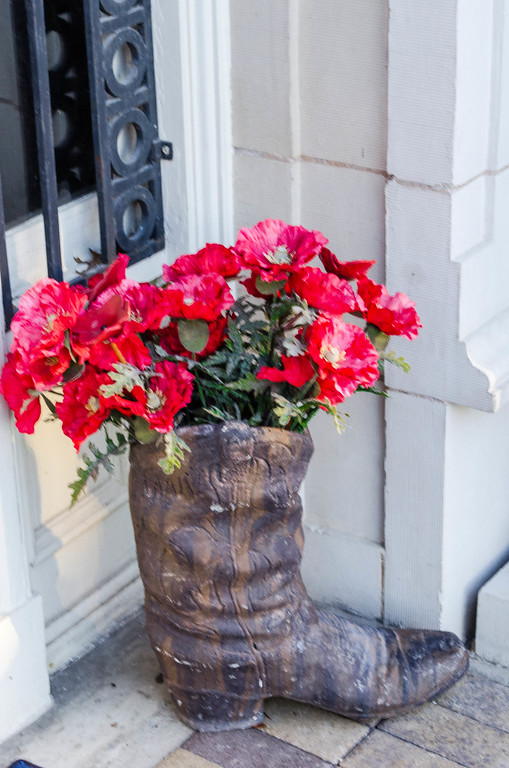 Georgetown is also known as the Red Poppy Capitol of Texas. Shortly after World War I Henry Purl Compton, a soldier in the American Expeditionary Forces sent some seeds home to his mother. She planted them and soon they were dispersed all over town by birds, bees and people. Inspired by the poem “in Flanders Fields” the Red Poppy has been a symbol of remembrance of servicemen and women killed in action since 1921. Each year in April Georgetown hosts the Red Poppy Festival with concerts, car shows, arts and crafts and a host of family activities.

After visiting Georgetown, it is easy to see why it is called the most beautiful town square in Texas as it continues to attract tourists and new residents but is doing so in a way not to detract from the small town charm.

My visit was arranged by the Georgetown Convention Visitors Bureau and they graciously hosted me for the three days I was there.