Home » There Are No Bad Places Just Bad Tourists 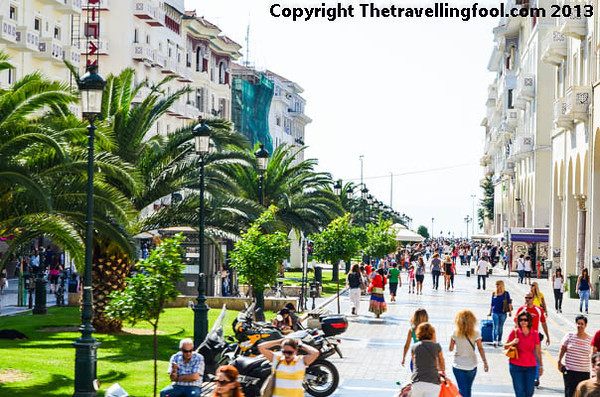 It’s true with the exception of maybe war zones or crime ridden neighborhoods I can’t think of any place that is bad to visit but lately there have been a lot articles about how this place sucks or don’t ever visit here.Take a look at some places listed as overrated by the likes of Huffington Post and Tru TV

First we have Colorado, in which the author states that Denver sucks, Vail sucks, and get this; one of the most popular ski areas is too far up a mountain. What the hell? I am not a snow skier but I have seen it on TV. Seems I remember they were skiing down the mountain. I believe to do this you need to be up the mountain. The author goes on to say pretty much every city in Colorado sucks and the only good thing is the State legalized marijuana. Maybe the author should quit getting stoned and asking “Dude, where’s my car?” and open his eyes. Let’s see, numerous historical sites, Mesa Verde National Park, along with four other National Parks, Three National Monuments, one national monument and preserve, 11 national forests, 40 state parks and three national recreation areas. Not to mention, outdoor sports, historical towns and more. Wait, your right, there is nothing to do here might as well avoid this place

Next on the hit list Costa Rica. Well why not? We have avoided a State so might as well take on a country. The author suggests Hawaii instead. From what I gather it is because Hawaiians speak English instead of Spanish and the roads are better. Well I am pretty sure Cedar Rapids has those qualities also, so I say, Screw Costa Rica, let’s all go to Cedar Rapids. However, if you must go to Costa Rica then you will experience a place that is estimated to contain 5% of the world’s biodiversity. That’s fancy language for plants, animals and other critters. Also other boring stuff like diving, surfing, volcanoes, forests, outdoor activities, pre Columbian old stuff and oh that’s right, people speaking Spanish.

Next the Caribbean. Why stop at States and Countries? Let’s avoid a whole damn chain of countries. In here the author states the islands are expensive, depressingly violent, corrupt and dysfunctional. Really, all the islands suck? White sand beaches, clear blue water, lots of booze, good food and girls in bikinis. This guy is hard to please. Let’s see if I remember my Geography. Antigua and Barbuda, Bahamas, Barbados, Cuba, Dominica, Dominican Republic, Guadeloupe, Martinique, Saint Barthelme, Saint Martin, Grenada, Haiti, Jamaica, Aruba, Curacao, St. Maarten, Saint Kitts and Nevis, Saint Lucia, Saint Vincent and the Grenadines, Trinidad and Tobago, Anguilla, British Virgin Islands, Cayman Islands, Montserrat, Turks and Caicos and Puerto Rico. Forgive me if I forgot a few. But if you cannot enjoy even one of these islands then I don’t think they are overrated but maybe you have a problem. That’s like going to a Vegas buffet and saying all the food sucks and there is nothing to eat.

But it’s not just one guy who likes getting stoned saying this.

Lots of people are on the overrated bandwagon.

TruTv decided that Prague  looks pretty much like every other European city but it is dingy, drab, has pickpockets and, no here it comes, wait for it, Tourists. For a minute I thought they were talking about New York City. Unlike New York, Prague has a couple of pretty cool castles. Prague also has some great outdoor cafes, Jewish area founded in the 13th century and other boring old architectural buildings. I spent about a month in Prague and had a blast. I used it as a jumping off point to see a lot of the Czech country side. Maybe I am just not as worldly as some.

Last but not least we have the Pyramids. According to the author there is no need to brave political uprisings and ride a camel just to see some big triangles. I have nothing to say about this. What do you say to stupid?

Reading these articles had led me to believe that there are no bad places just bad tourists. Really dumb, bad tourists. It’s as if some people expect to be catered to and entertained every minute of the day. Last time that happened to me I was in a crib with one of those plastic mobiles over head.