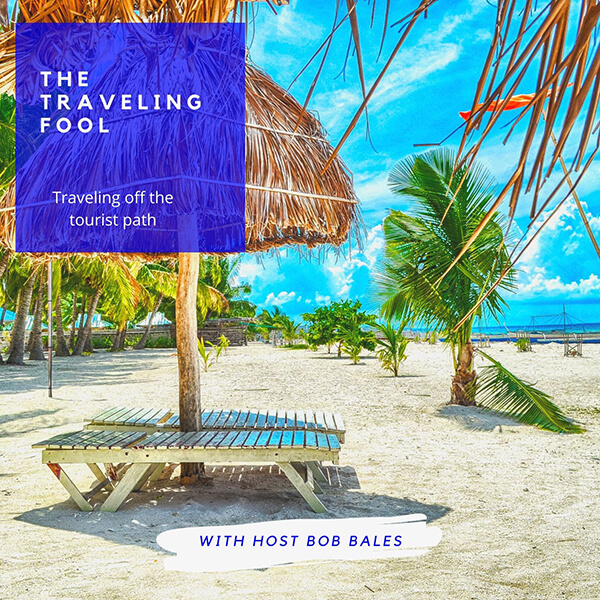 Subscribe to listen to the Traveling Fool podcast. Traveling off the tourist path. Talking about those places most tourists just don’t know about because, well, nobody ever told them. Also travel tips and general information to make your trip a little easier, cheaper and more memorable.

You don’t have to pay a tour company an exorbitant amount of money to give you a manufactured experience or travel to the depths of the Amazon to travel off the beaten path. You just need to channel your inner explorer and adjust how you travel at your next destination. Here are 7 Tips to Traveling Off The Beaten Path.

The town of Pilsen in the Czech Republic is about 100 km from the tourist mecca of Prague. Only about one and a half hours by train from Prague, you can escape the crowds and explore a great town with quite a history.

Take one man who loves history and castles. Let him dream about being a King and give him a little inspiration and you have Newman’s Castle.

The island of Palawan in the Philippines is the site of the Palawan Military Museum, officially known as the Palawan Special Battalion WW2 Memorial Museum. In 1944 an incident occurred at the POW camp which would lead to a dramatic rescue that is still heralded as the most successful military rescue operation in us history.

The Traveling Fool Episode 6 / The Town Named After a Drunk

Back in the 1800’s this town named after a drunk was one of the richest towns in America.

Uvalde Texas is a small country town that has quite a history. Uvalde is also home to Outlaws, Politicians, and Actors.

A lot of people have heard about the Alamo in Texas where close to 200 defenders held off 4,000 Mexican troops for 13 days before falling. Few people outside of Texas have heard of Goliad, which played a huge part in Texas history.

Ft Benton Montana is known as the birthplace of Montana. This beautiful town is a great place to visit and it has quite a History.