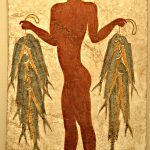 In a country literally FULL of historical ancient sites it is easy to get a sense of overload, especially when you are traveling with the kids. Sometimes just a few stones on the ground are all that is left of some fantastically important place. It is easier for adults than kids to appreciate historic ruins when you have to imagine what was there. On the other hand, Akrotiri in … END_OF_DOCUMENT_TOKEN_TO_BE_REPLACED 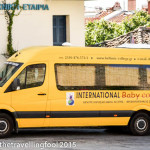 All I can say is they must be pretty smart kids. … END_OF_DOCUMENT_TOKEN_TO_BE_REPLACED 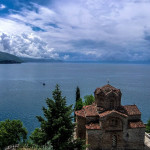 Lake Ohrid is probably the most popular destination in Macedonia with locals and tourists alike. The city of Ohrid is notable for once having had 365 churches, one for each day of the year, and has been referred to as a "Jerusalem (of the Balkans)".  Today there are still many old churches such as St John at Kaneo, built sometime in the 13th century and perched on a ledge … END_OF_DOCUMENT_TOKEN_TO_BE_REPLACED 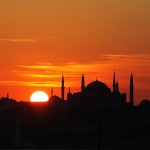 While Turkey’s internal protests ebb and flow in Istanbul, feet-on-the-street reports from the nation’s capital and surrounding areas indicate that the political unrest does not have to keep you from visiting this fantastic country. … END_OF_DOCUMENT_TOKEN_TO_BE_REPLACED 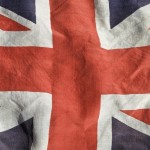 Where are the UK's best city breaks?   With many of us still watching our wallets, holidaying within the UK is becoming an increasingly popular choice. … END_OF_DOCUMENT_TOKEN_TO_BE_REPLACED