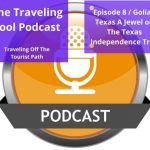 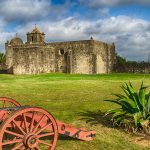 Everybody remembers The Alamo but few outside of Texas know about Goliad. Some might say that Goliad had as much or more to do with the fight for Texas independence as did The Alamo.   Mission Espiritu Santo In 1749 the Spanish relocated a Mission and a Presidio to the Northern frontier of its North American colonies. Located on the banks of the San Antonio River, … END_OF_DOCUMENT_TOKEN_TO_BE_REPLACED