Home » A Visit to the Palawan Military Museum

The island of Palawan and city of Puerto Princesa are one of the Philippines major tourist spots. People from all over the world come to visit this island paradise and witness the beauty. The island is also the site of the Palawan Military Museum, officially known as the Palawan Special Battalion WW2 Memorial Museum.

In 1944 the area was controlled, as were the rest of the Philippines, by the Imperial Japanese Army which had captured the country and held the people along with US Military prisoners under brutal conditions. In Palawan, American POW’s were being held in order to construct a Japanese airfield. The prisoners were held under harsh conditions with little to eat and a lack of medical care. 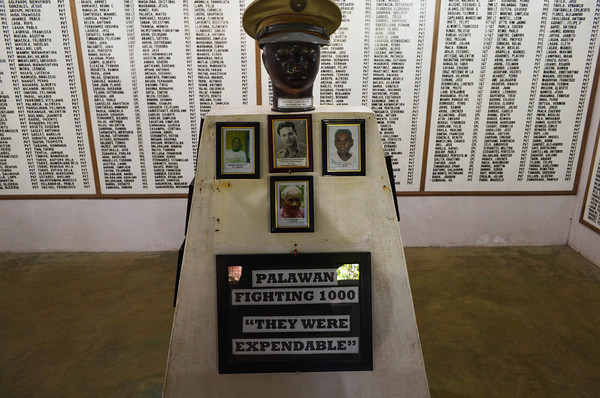 Also during this time a local Doctor, who was the Palawan Governor from 1931-1938, organized the first Guerilla Unit (A Company) in Palawan on February 19, 1942, three months before the Japanese occupation of Palawan. Captain Higinio A. Mendoza, Sr. M.D.is considered a local and National hero today. His unit guarded the shorelines and watched out for enemy activity. 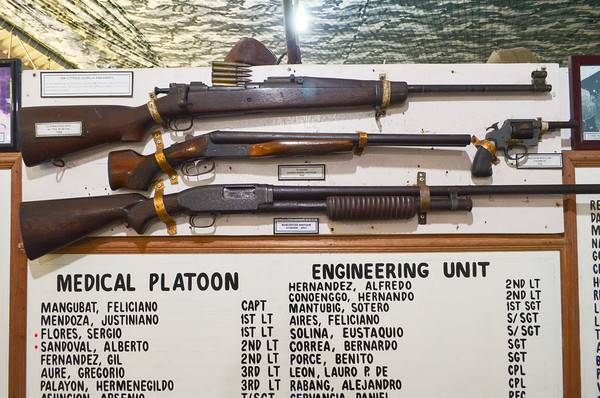 The members of the Palawan Fighting One Thousand Guerrilla Unit of World War II, as they are known, were instrumental in uncovering and executing Japanese spies. As a result of the units success the Japanese had him listed as one of the most wanted men in the country. 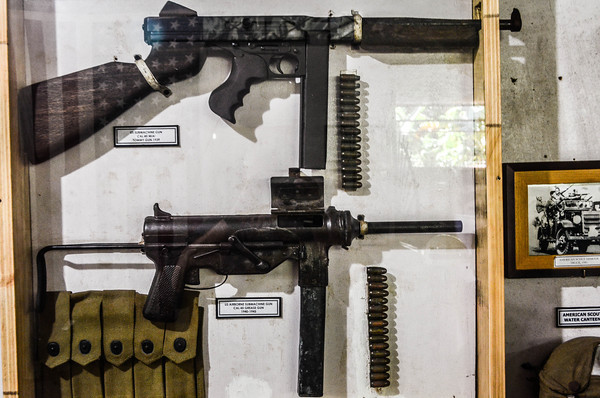 On January 7, 1944, the Japanese captured Dr. Mendoza and on January 24, 1944, he was taken to an isolated spot in Canigaran. There he was made to dig his own grave, then shot and beheaded. 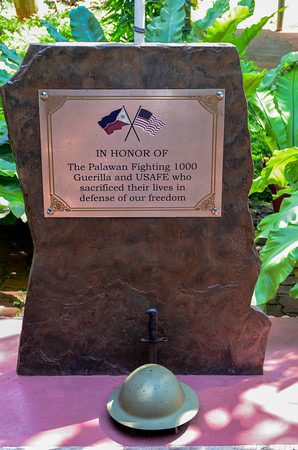 On Dec 7, 2011, the 70th anniversary of the bombing of Pearl Harbor and invasion of the Philippines, Dr Mendoza’s son, Higinio C. Mendoza, known as Buddy Mendoza, opened the Palawan Special Battalion WW-II Memorial Museum in Puerto Princesa. Dedicating the Palawan Military museum to his father and the other brave guerrillas that fought during the war. The museum boasts artifacts from WW2 and other memorabilia that Buddy has collected over the years. 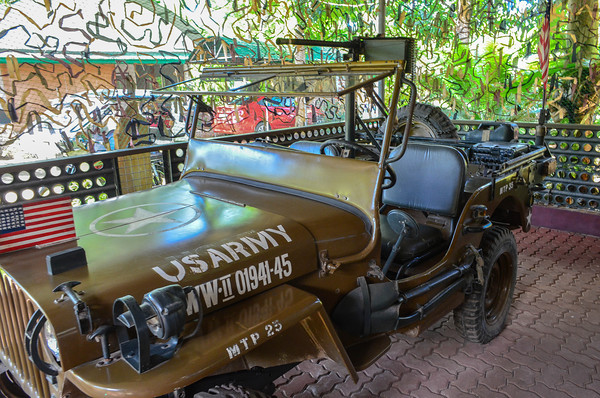 From a WW2 era Willy’s jeep to .50 caliber guns, rifles, pistols and photos that chronicle the war era and that of the Palawan POW’s, the museum brings to life a time which many people today never knew of. Artifacts from the American Muslim conflict in the early 1900’s and a 1957 Buick are also on display.

In 1944 the US Military returned to the Philippines to liberate the islands. The US had been sending flights over the island and had conducted a few bombing runs. The prisoners in Palawan, officially designated as Camp 10-A, had dug air raid shelters in order to escape any bombs dropped on the camp. The Japanese army had been seeing ships passing by and had endured a few raids so they knew a landing force was imminent.  With each bombing run or ship sighting the treatment of the POW’s got worse.

On Dec 14, 1944 around 2pm the air raid siren sounded once again and the POW’s were herded into air raid shelters. After they had entered the shelters the slaughter commenced with the Japanese guards dousing the shelters with gasoline and setting them on fire. With the prisoners screaming and attempting to escape the burning hell the guards opened up with machine gun fire and began bayoneting and clubbing the prisoners to death. 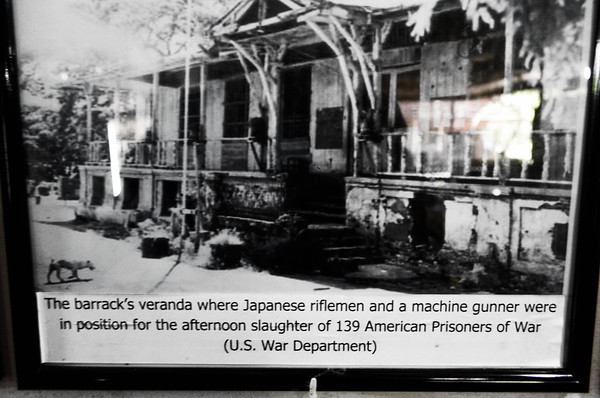 Initially 30-40 prisoners escaped to the water’s edge, hiding among the rocks or attempting to swim across the bay. The slaughter continued until dark with the Japanese guards shooting the prisoners swimming in the waters and hunting them down among the rocks on the shore. 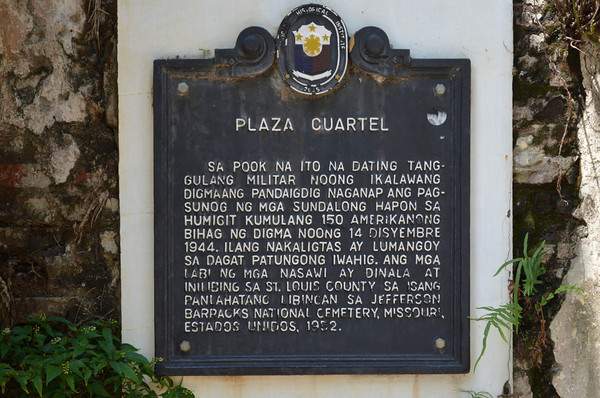 Out of the 146 enlisted men and four officers held in the Palawan prison camp, 11 men survived the massacre. Most of the survivors swam across the bay and were eventually rescued by the inmates of Palawan’s Iwahig Penal Colony, where several of the officials in charge were involved with the local resistance movement.

When the US forces arrived on the island and discovered what happened they became concerned the same fate would fall upon other POW’s. As a result one of the most successful raids in military history was conducted in Cabanatuan, also known as The Great Raid, where US Army Rangers freed over 500 POW’s. 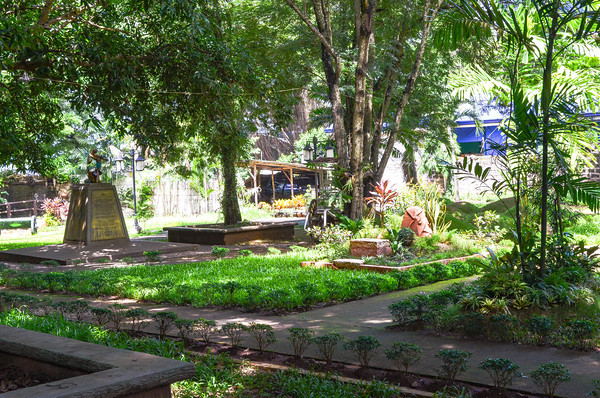 With the time since WW2 fading away, and the veterans of that war rapidly dying off, it is the effort of people like Buddy Mendoza and others that continue to educate the younger generation of the sacrifices and struggles that so many endured during those years when the world was at war. And to remember that some made the ultimate sacrifice.

The location of the POW Internment Camp is now a park: Plaza Cuartel located adjacent to Immaculate Conception Cathedral, the city’s main Church. 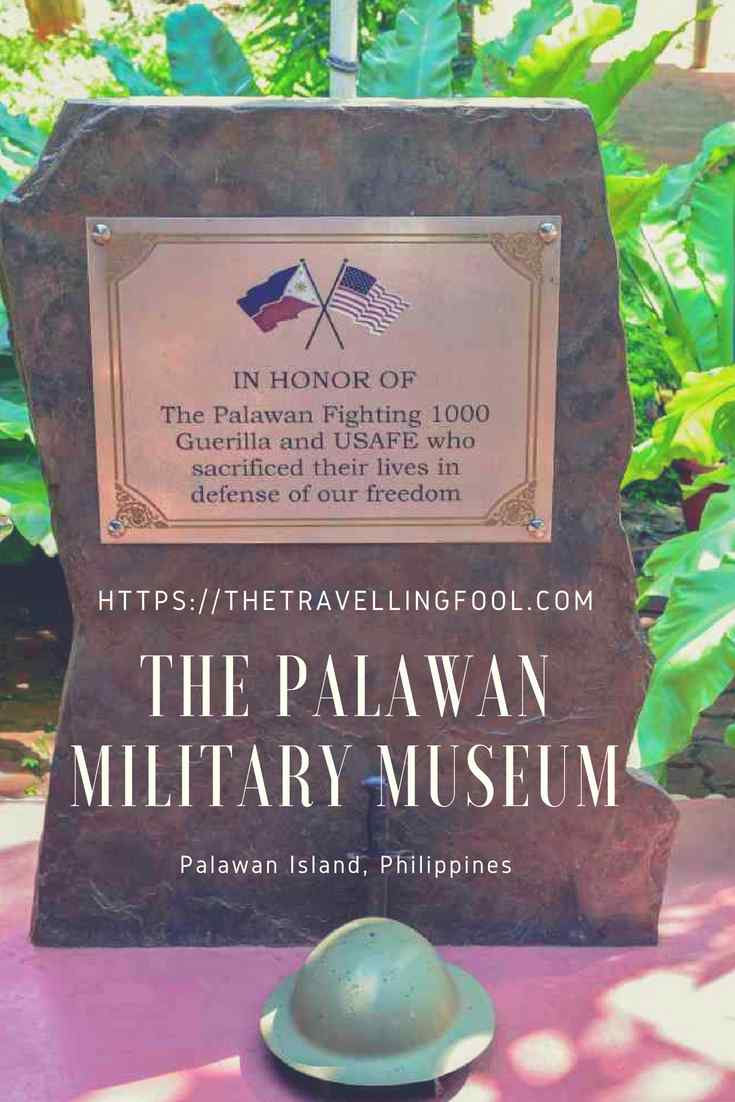