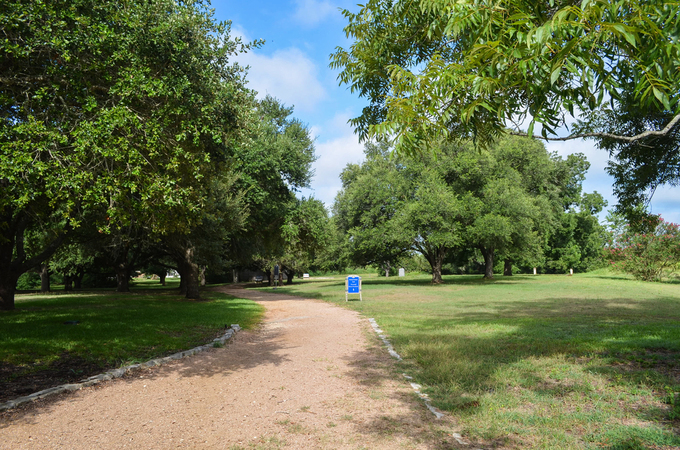 Standing in the heat and humidity with no breeze and only the sound of the river passing slowly by, I thought this must be what greeted Andrew Robinson when he first arrived and set up a ferry to cross the Brazos River. 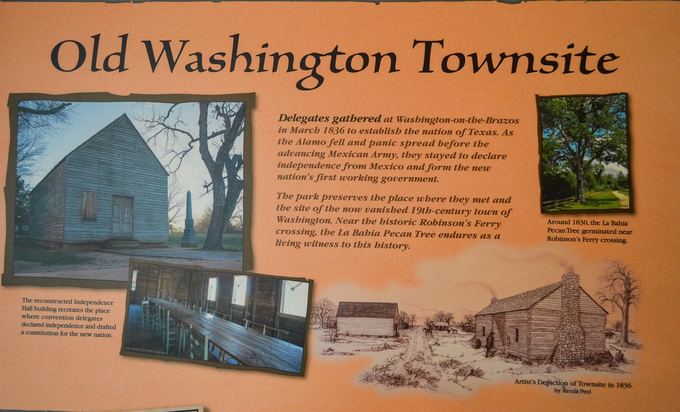 Most every kid that went to school in Texas has heard the history of the birthplace of Texas. While other State parks and historical locations host thousands of tourists per year the State Park at Washington on the Brazos seems almost deserted. 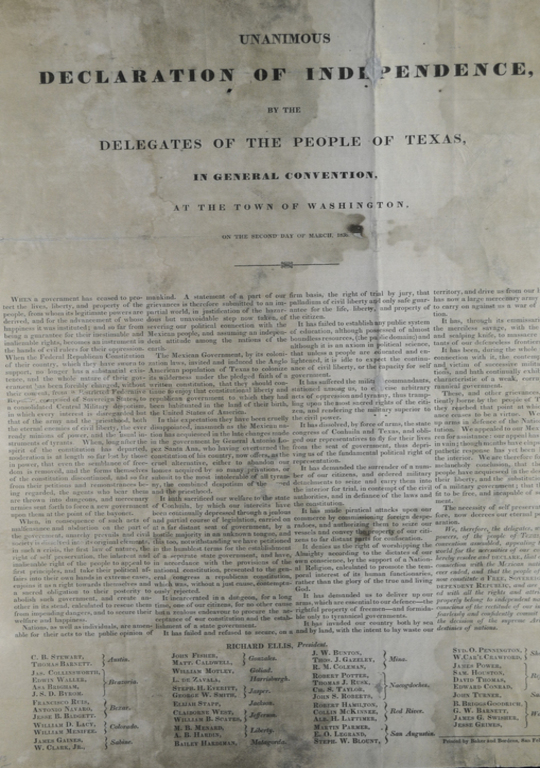 The day I was there, no more than ten others were visiting the park. I saw a group of six from a senior citizens home in Houston and a family of four. The park is divided into four parts. The visitor center, which has displays of the area and sits on the site of the old town, the museum, Barrington living history farm and a picnic area. 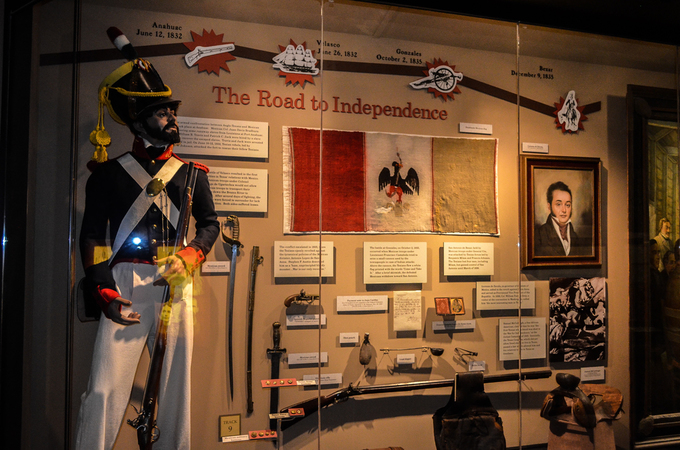 The old town doesn’t exist anymore, just a replica of Independence Hall, the building where delegates signed the declaration of independence and the constitution was written. 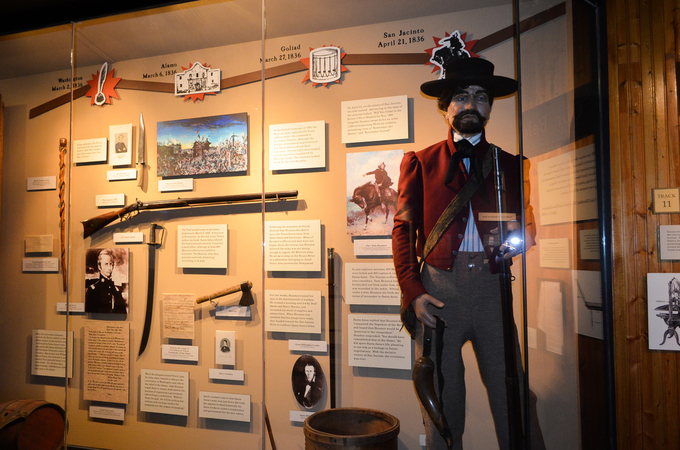 A path where Main Street used to exist takes you down to the river where the old ferry was located. A short distance from the river, a little further up the path, lies the only other remaining feature of when Texas gained independence, the La Bahia Pecan Tree.The tree has been dated to around 1830. What is more remarkable is that this particular type of pecan is not native to Texas. The nearest pecan trees of this type are in Mexico some 900 miles away. 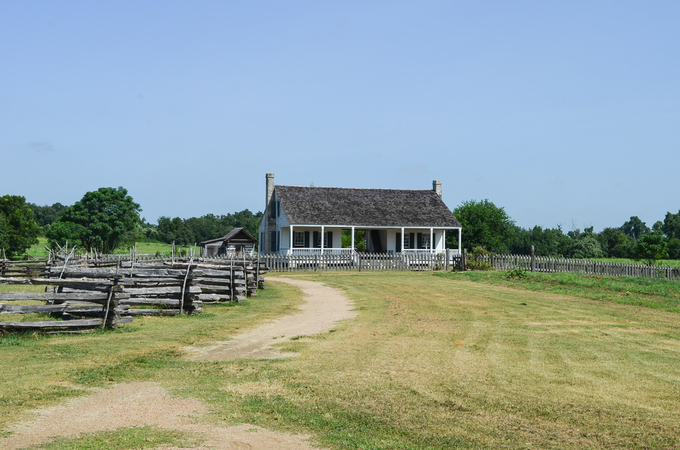 The Star of the Republic Museum is a short distance from the visitor’s center. Open daily from 10am to 5pm the museum is administered by nearby Blinn College. The museum has a small theater where a 20 minute film on the history of Texas is shown along with exhibits and artifacts from early Texas history.

Down the road from the museum is the Barrington Living History Farm. The original home of Dr. Anson Jones, the last President of the Republic of Texas is open for visitors to explore. This dog run style home and the surrounding buildings are staffed by people in period clothing doing daily chores. There are only a couple of people working there and they take care of the animals, harvest and cook the vegetables and fruits grown on the farm and answer questions about what life was like in 1850. 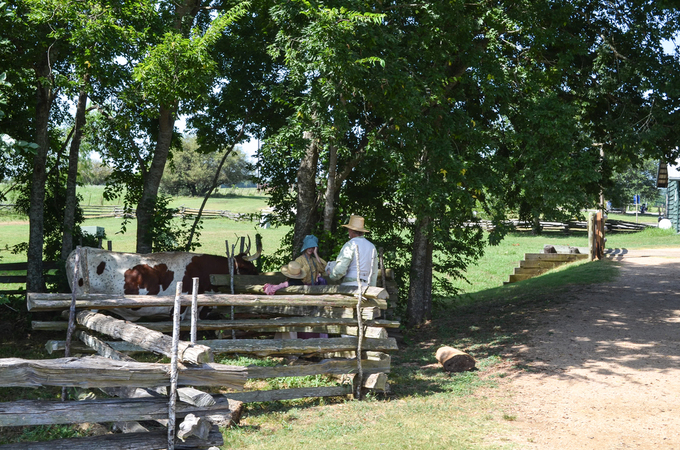 My park guide was a college student from Virginia, taking advantage of the opportunity to intern for the summer. She had studied well and knew a lot about the early history of the town and early residents. Seeing as there were no real visitors, it was just me and her walking through the abandoned landscape of what once was the Capitol of Texas. At one point I asked if many people ever came to the park and she said “No, not unless there is a special function going on or maybe an elementary school field trip.” 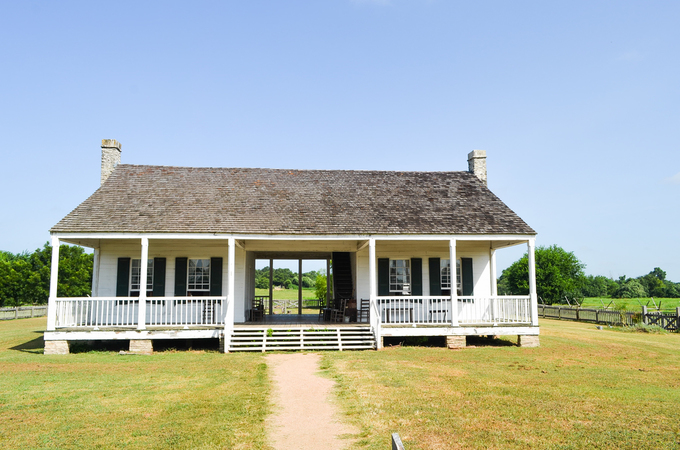 I too had never been to the park. Having learned about Texas history from Mrs. Briscoe back in school I knew about the history but had never bothered to visit. Although the buildings are gone, there is something about walking the same ground as Sam Houston and the signers of the Declaration of Independence. By visiting historical places you can learn a little more about the history other than what is in text books and it brings a little more appreciation of what people went through.

Washington on the Brazos State Park is no different, just deserted. What a shame.