The following is a sponsored post courtesy of  The Pillars Hotel, accommodations were provided for review. All opinions are those of the writer.

Fort Lauderdale Florida is known as the “Venice of America” because of its vast canal system that runs through the city. You can explore the waterways by water taxi, which acts much like a “hop-on, hop-off” experience. But when visiting Fort Lauderdale, include a stay at The Pillars boutique hotel.

Check out the TripAdvisor reviews of The Pillars Hotel 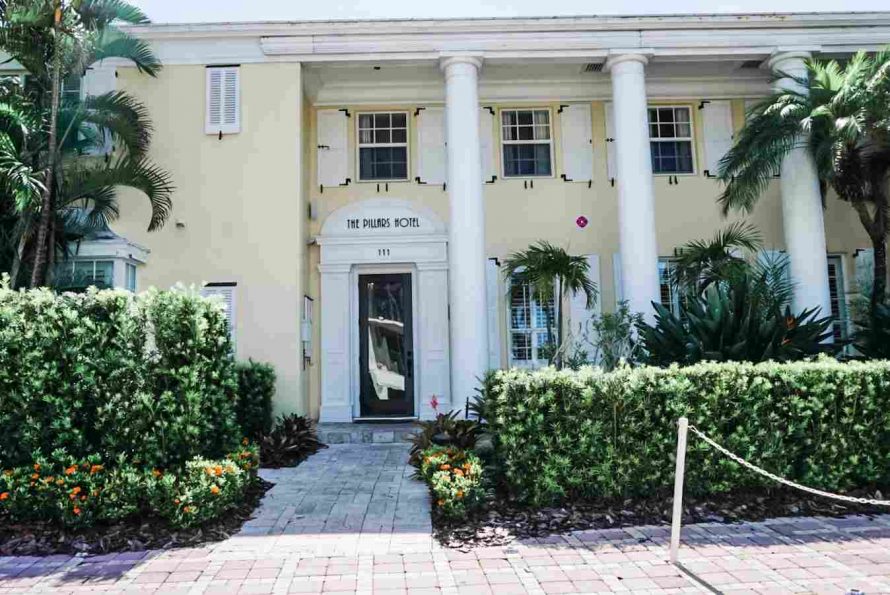 Luxury is The Pillars Hotel

The Pillars Hotel stands head and shoulders above the standard hotel offerings in Fort Lauderdale. This boutique property, a member of Small Luxury Hotels of the World, is reminiscent of Old World European boutique hotels. 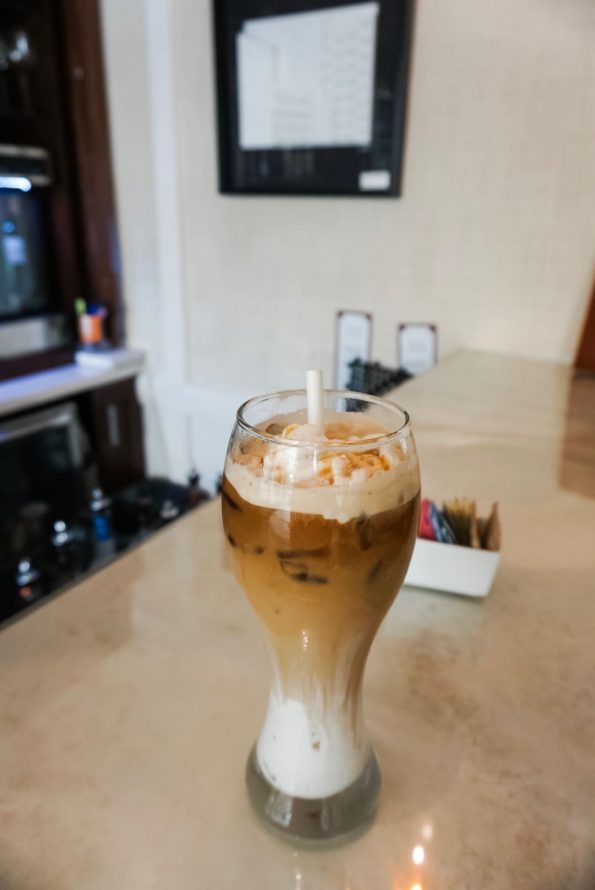 This 18-room boutique hotel combines the quiet intimacy of a Bed & Breakfast with the amenities of a luxury hotel – iced tea and lemon water by the pool and in the lobby, a heated pool overlooking the Intracoastal Waterway, and a complimentary glass of wine, beer, or a latte upon check-in.

From the moment we stepped foot on the property, it was evident that this small hotel, tucked inconspicuously away on a side street off A1A in Fort Lauderdale was distinctly different. The Pillars caters to the traveler who is seeking a very high level of service. The environment is unlike anything we have ever experienced. It stimulates all five senses. 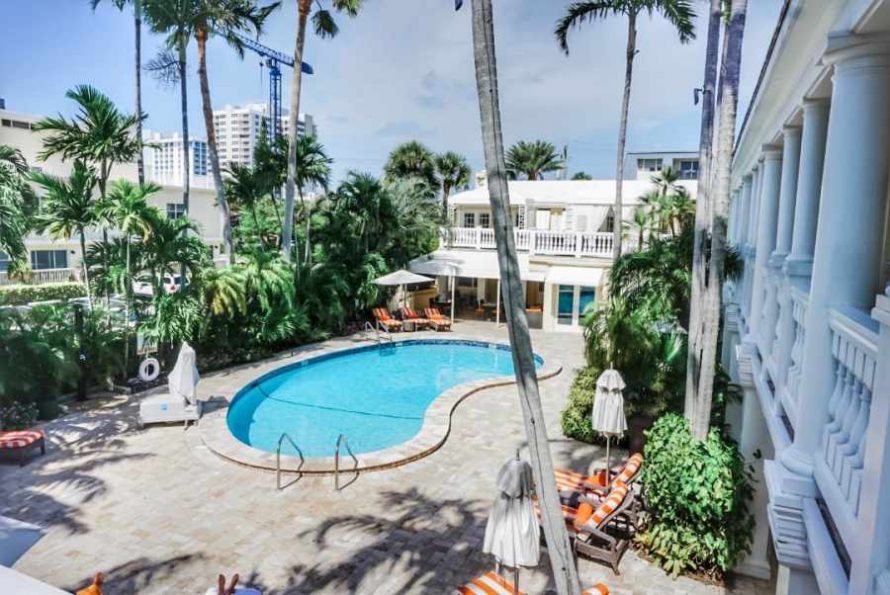 The fragrance of tropical flowers fills the air and wafts through the public spaces. Sipping the complimentary beverage, you begin to relax. The chirping birds break the serene silence. Walking through the property, each space is designed to be an intimate gathering spot with seating for two scattered throughout.

About The Pillars Hotel

Michael Landry, a former high-school teacher turned investment manager purchased the hotel in 1998. Landry and his wife Barbara were looking to diversify their investment portfolio, and The Pillars was one of their alternative investments. 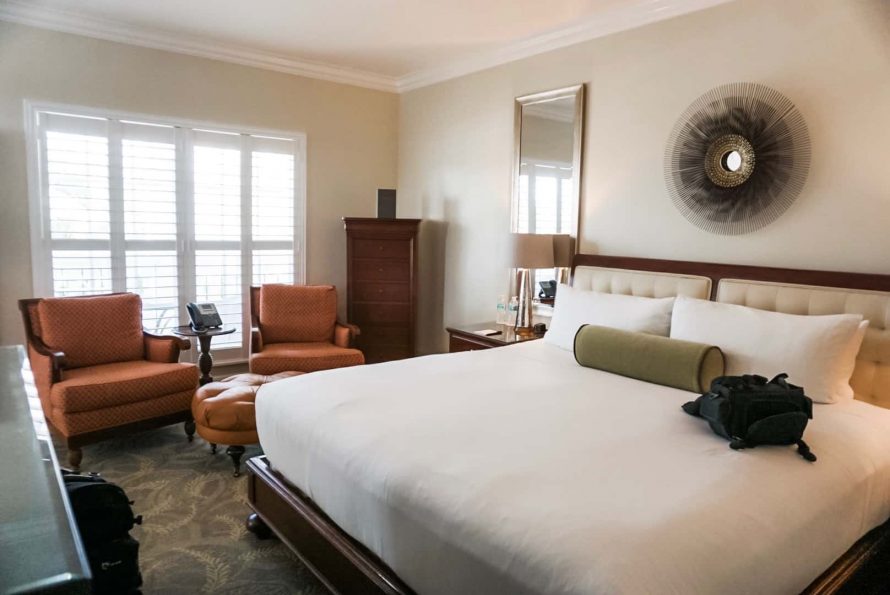 There are 18 guest rooms at The Pillars, which include a mix of suites, poolside guest rooms, a handicap accessible room, and guest rooms in the main house. The rooms range in price from $215 to $429 a night in the low season (summer) and $349 to $599 in high season (winter). 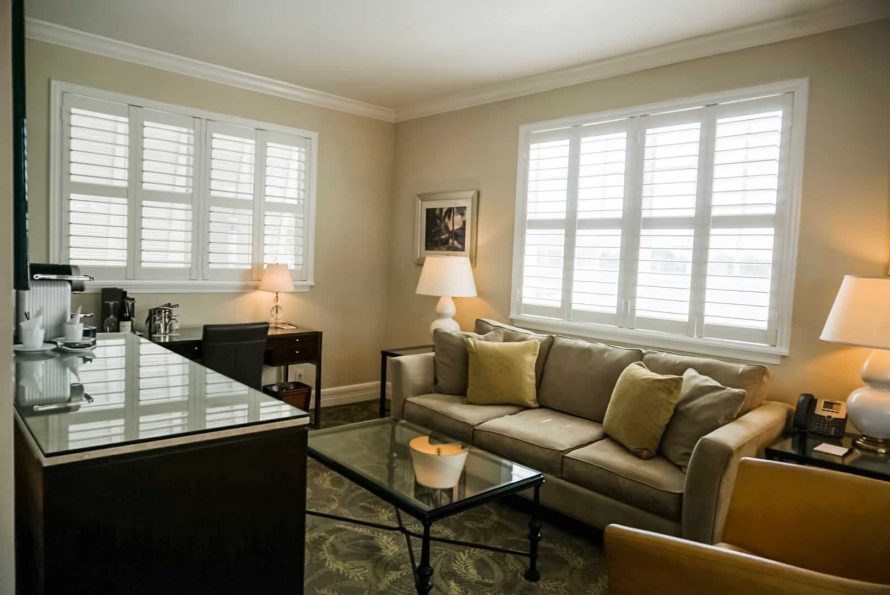 While staying at the hotel, be sure to plan a day exploring by water. You will be mesmerized by the gorgeous waterfront homes, incredible mega-yachts, as well as many of the city’s other sights. An all-day ticket will allow you to take the water taxi anywhere it stops, as much as you would like all day for a cost of $28. 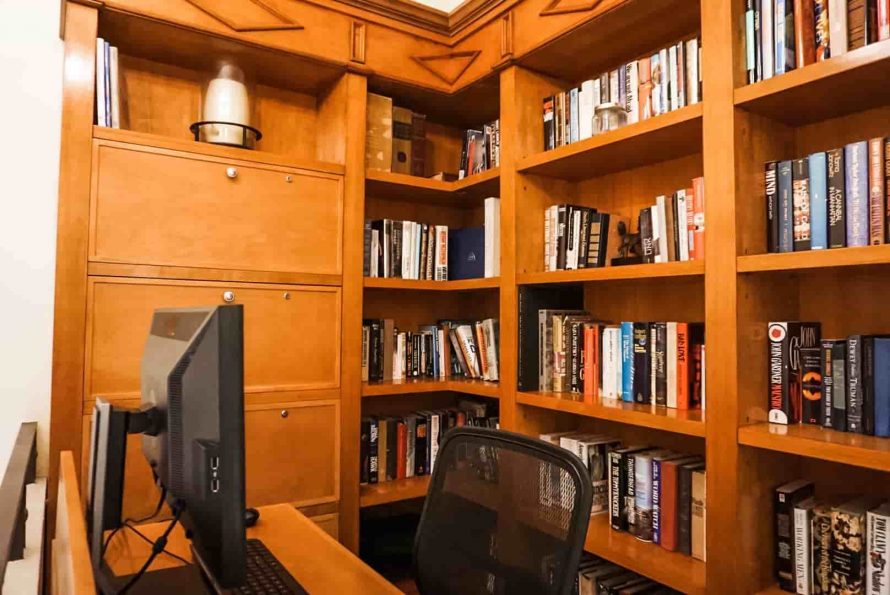 Another option for a day on the water would be to charter “Pique-Nique” a 36′ Hinckley Picnic Boat. For more information on chartering “Pique-Nique,” call 954.467.9639. 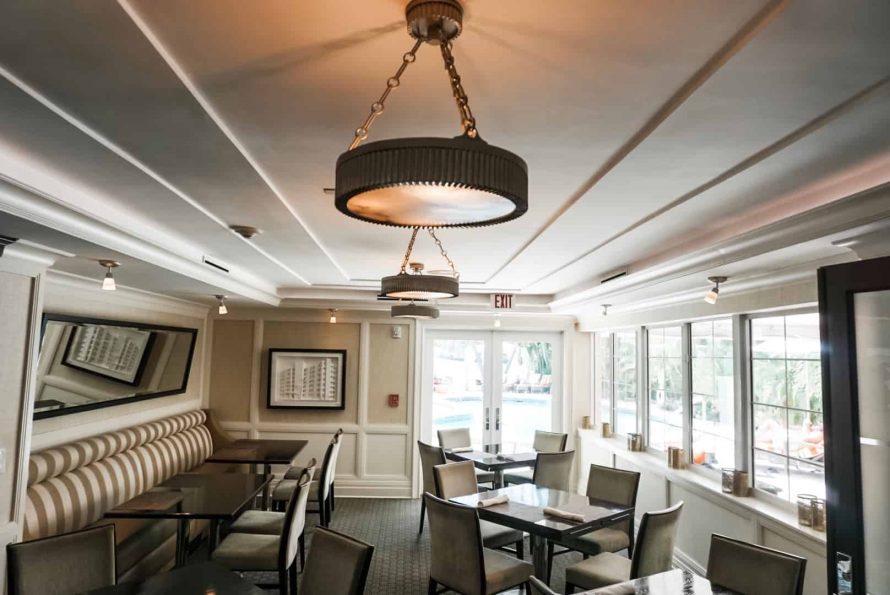 Dining at the Pillars Hotel

Seeing a need for an exclusive and extraordinary dining experience, The Secret Garden, a premier dining club that is also available to hotel guests, was opened in 2005. The Secret Garden takes advantage of convenient public spaces within the property, allowing guests to dine poolside, dockside, or in the hotel dining room. 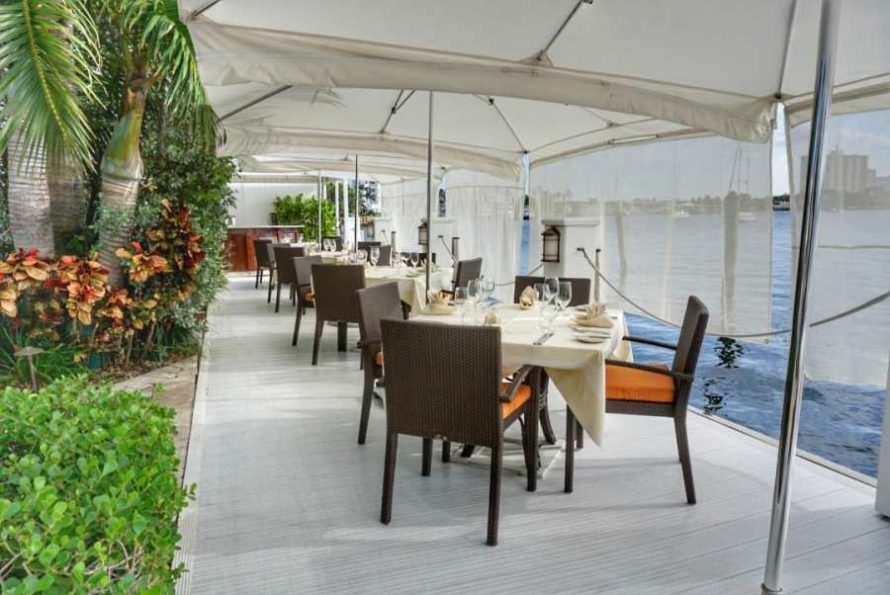 Michael Landry is a trailblazer in bringing the exclusive dining club concept to Fort Lauderdale and The Pillars. When he purchased the property, the original intent was as an investment property. The building was in poor shape and needed extensive repair and remodeling. 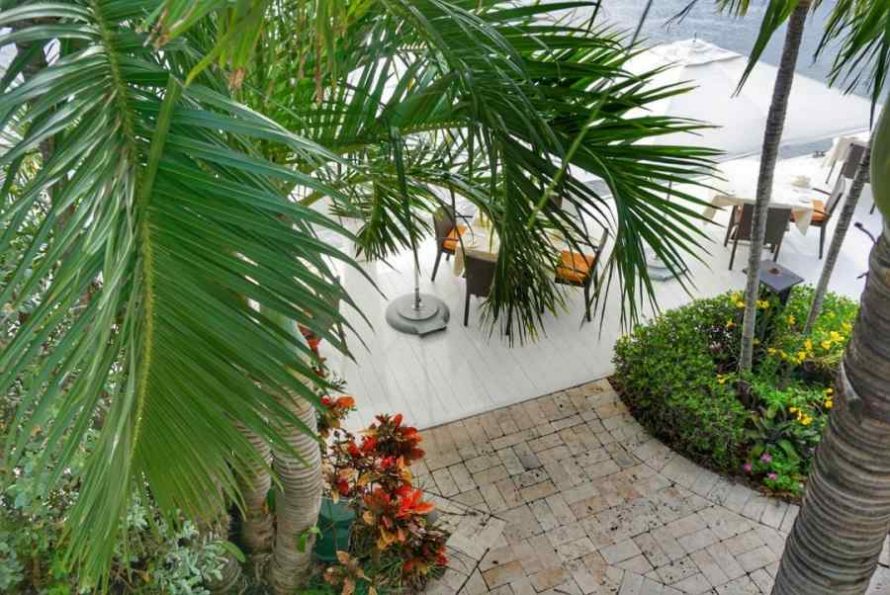 However, Landry fell in love with the property and wanted to turn it into a bed and breakfast. Zeke Fernandez, a Miami-based designer, was brought in to oversee this monumental task, and the result is a low-key boutique hotel that is understatedly elegant.

Chef takes his culinary inspiration from several sources. His Moroccan heritage is an enormous influence on his culinary creations. Two other influences, Alice Waters, the “mother of the farm-to-table movement” and having worked under some of New York’s top chefs, also had a significant impact on Hammi. 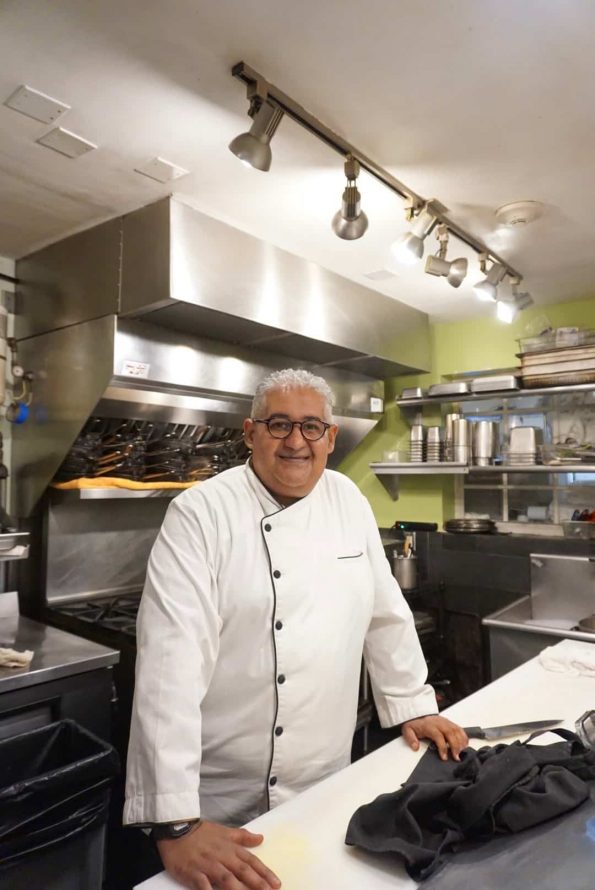 Growing up in Morocco, everything revolved around family and food. “Food was the culture I grew up in. As a child on Saturdays and Sundays, I always went shopping with my parents when I was in school. We’d shop for food for the next two or three days.

Chef Hammi was a mechanical engineer before he immigrated to the United States. Living in New York City with several roommates, he worked in the kitchens of New York City. After work, he and his roommates and friends cooked together. This ignited a passion for studying culinary arts at the New York Restaurant School. 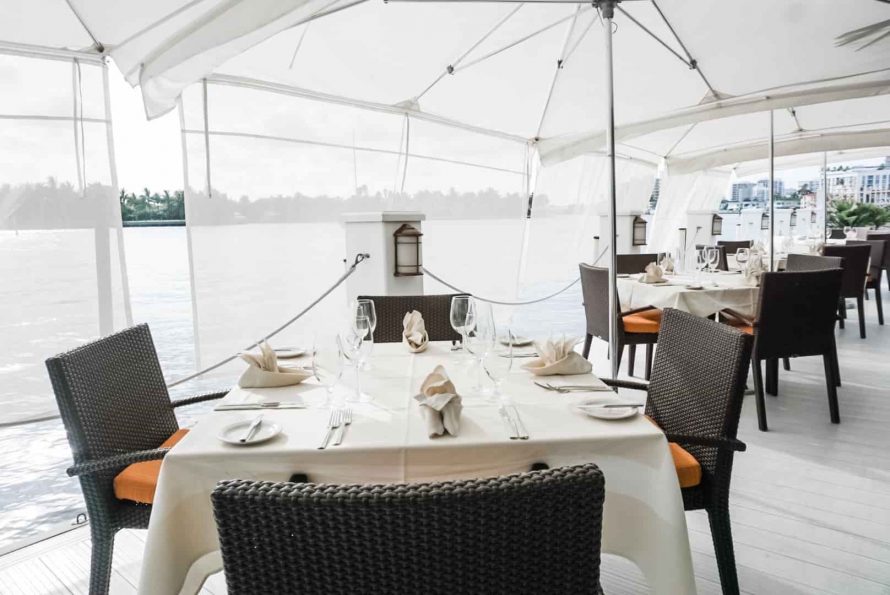 Creating elegant culinary creations with a global flair is what Chef loves to do. Taking advantage of the bounty of fresh food available, his creations are as delightful to eat as they are to look at. Much of his culinary flavors reflect the influences of his Moroccan heritage, such as the use of cured lemon, which adds a bright, delightful fragrant touch to any dish. 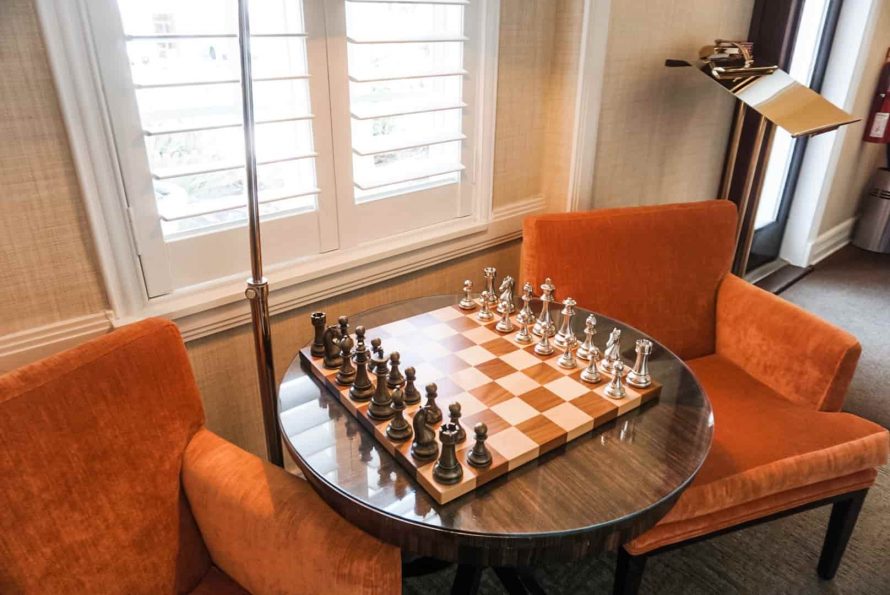 Come to Fort Lauderdale to play or relax, and make a stay at the Pillars part of your agenda. 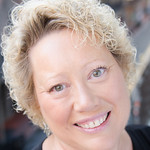 Betsi Hill is a freelance travel writer and travel blogger who has traveled the globe.  She is the founder / creative of Betsi’s World 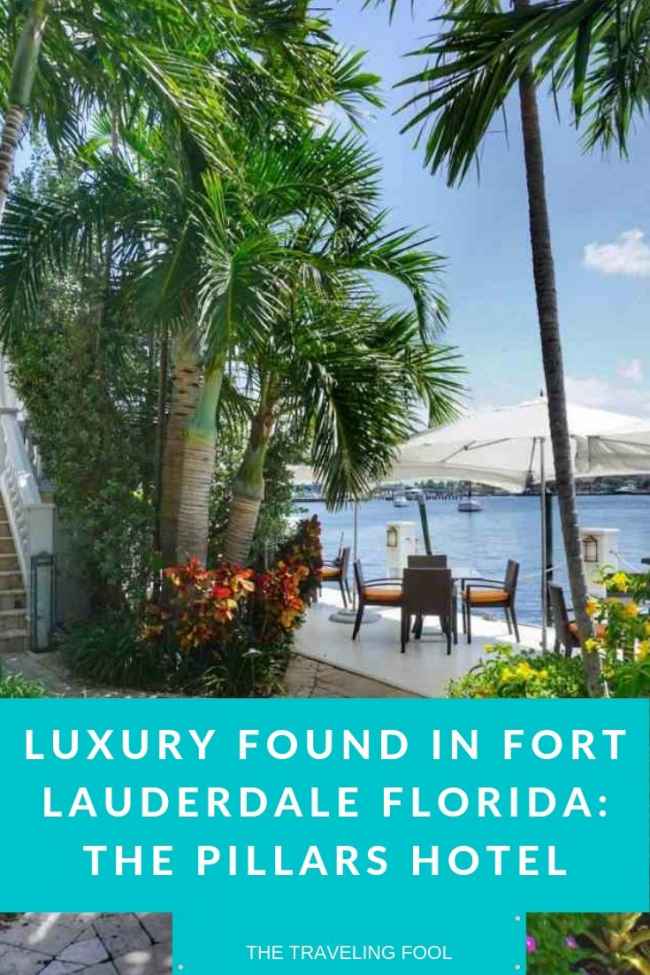