The WW II Home Front Museum on St. Simons Island Georgia pays tribute to the events of the War at home and the role Coastal Georgia played during the war.

There are a lot of Museums dedicated to WW2, the military personnel and the battles. People often forget that the war affected everyone including those on the home front who contributed to the war effort and sacrificed so that the military could get the food and equipment needed to win the war.

On Dec 7 1941 America was thrust into war when Japan attacked Pearl Harbor. Four days later on 11 Dec 1941 Germany declared war on the United States. On the West Coast of the US there were fears of a possible Japanese attack but on the East Coast people were not so worried.While the Georgia Coastline is only around 100 miles in length, there was a lot of activity in the area during WW 2.

Later in December 1941 German Admiral Donitz sent five U Boats towards the Eastern seaboard of the US to take advantage of the confusion and disarray in the early stages of the war. Dubbed Operation Drumbeat, German Lt. Commander Reinhard Hardegan commanded the submarine U-123. Over a two-week period, he sunk 9 merchant ships along the upper Eastern seaboard.

On April 8, 1942, the war came to Georgia. After attacking a ship off of Florida U-123 headed North to patrol the water off of Georgia. In the pre-dawn hours of April 8th, Hardegen spotted the Oil Tanker Oklahoma and the ESSO Baton Rouge silhouetted in the lights of St. Simons Islands.

With both ships being easy targets and outlined by the lights from shore, U-123 first took aim at the 9,200-ton Oklahoma and sent a torpedo into the bow of the ship. The sub then surfaced and began spraying the ship with machine gun fire. The ship sank in shallow waters off the coast of St. Simons. Half of the 38 man crew perished, most caught in their sleep.

An hour later, a massive explosion hit the Esso Baton Rouge ripping a hole in it as U-123 sent torpedoes into it. The blast was so strong that it shattered windows in Brunswick Georgia, 7 miles inland from St. Simons Island. Three crewmen died in the attack.

The next morning U-123 sank the steamship SS Esparta about 14 miles south of Brunswick. A total of 23 crewmen aboard the three ships were killed in the attacks. With little regard to their own safety, several locals joined the Coast Guard in heading out into the waters with their boats to help rescue crewman.

Georgia soon built up their defenses and due to the efforts of the military and civilians in Coastal Georgia U Boats steered clear of the Georgia coast for the remainder of the war.

Soon after the U Boat attacks the J.A. Jones shipyard in Brunswick became one of eighteen Liberty Ship shipyards that built over 2,700 Liberty Ships, carrying cargo bound for the war front.

Submarine hunting Blimps from Airship Squadron ZP-15 were stationed at Glynco Naval Air Station and patrolled the waters of off Coastal Georgia. Glynco Naval Air Station operated from 1942 to 1974 and was essential in protecting ships transporting cargo during WW2. The Airfield also supported fixed wing aircraft used to defend the United States mainland. Since 1975 Glynco has been the Headquarters of the Federal Law Enforcement Training Center (FLETCI) and trains Law Enforcement personnel for various government agencies.

The St. Simons Airport was originally constructed in 1935. During WW2 it became operational as Naval Air Station St. Simons Island and was home to the US Navy Radar Training School. It was decommissioned in 1947 and today it is a civil airport. On any given day you can see a wide variety of private and charter planes from all over the United States bringing guests to St. Simons to enjoy the beach, resorts, golf and all the other history and things to do.

The King and Prince Beach and Golf Resort was originally built in 1935 as a seaside dance club. During WW2 the hotel was sued as a radar training facility by the US Navy.

The WW II Home Front Museum offers visitors a look into the war efforts of those that served the home front during WW2 and showcases artifacts from the U boats attacks off the St. Simons coastline as well as the building of the Liberty Ships and all the efforts of the St. Simons Georgia area during WW 2. The museum has a video showing the history of the United States in WW 2 and there are interactive displays and posters showing what people at home did during the war.

In the main Coast Guard Building you can learn all about the home front efforts and the part that St. Simons and the surrounding area played during the war. 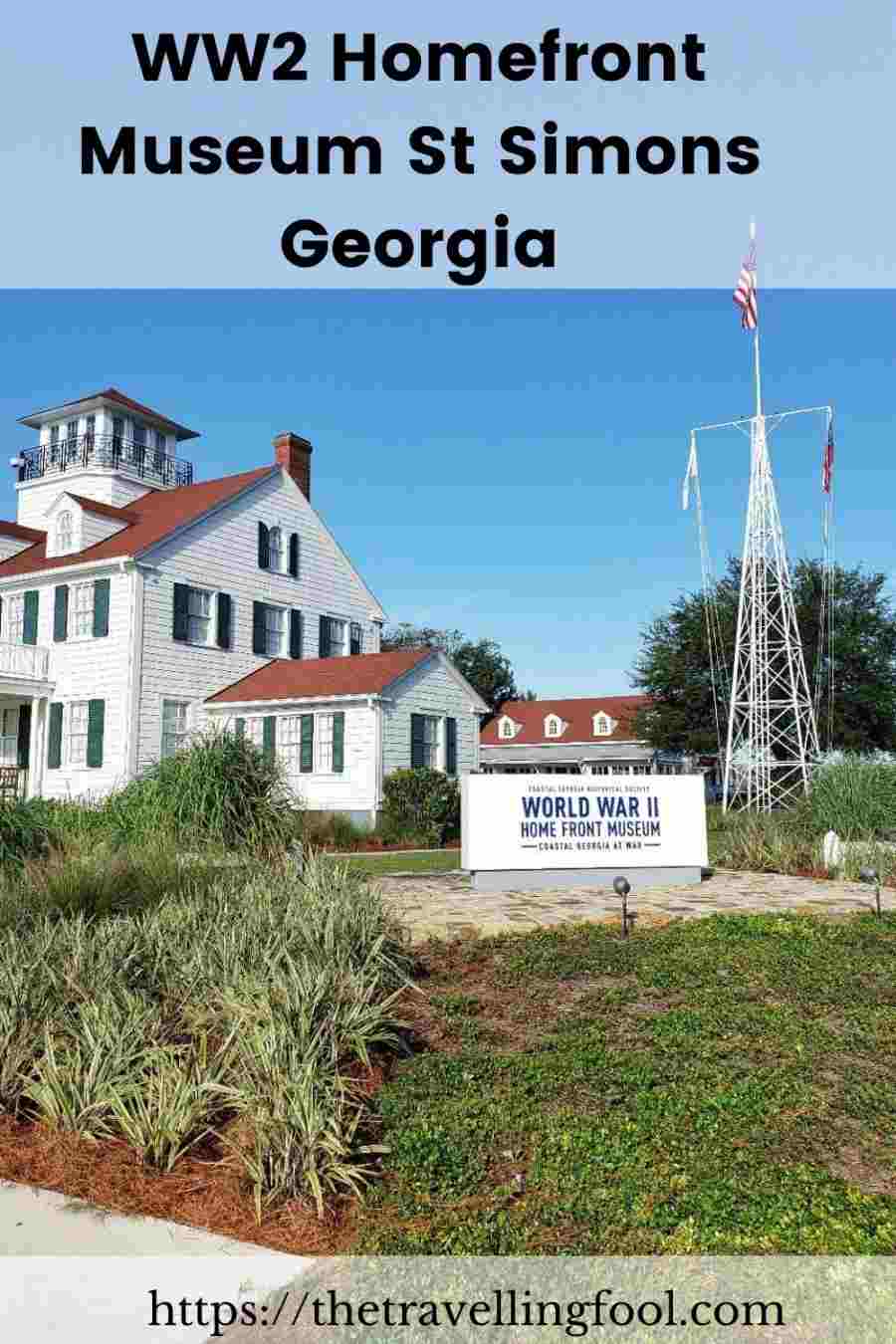